This Mexican Style Churros recipe has been updated August 2016 as part of the #ThrowbackThursday photography project where I add better pictures to already delicious recipes. Enjoy! 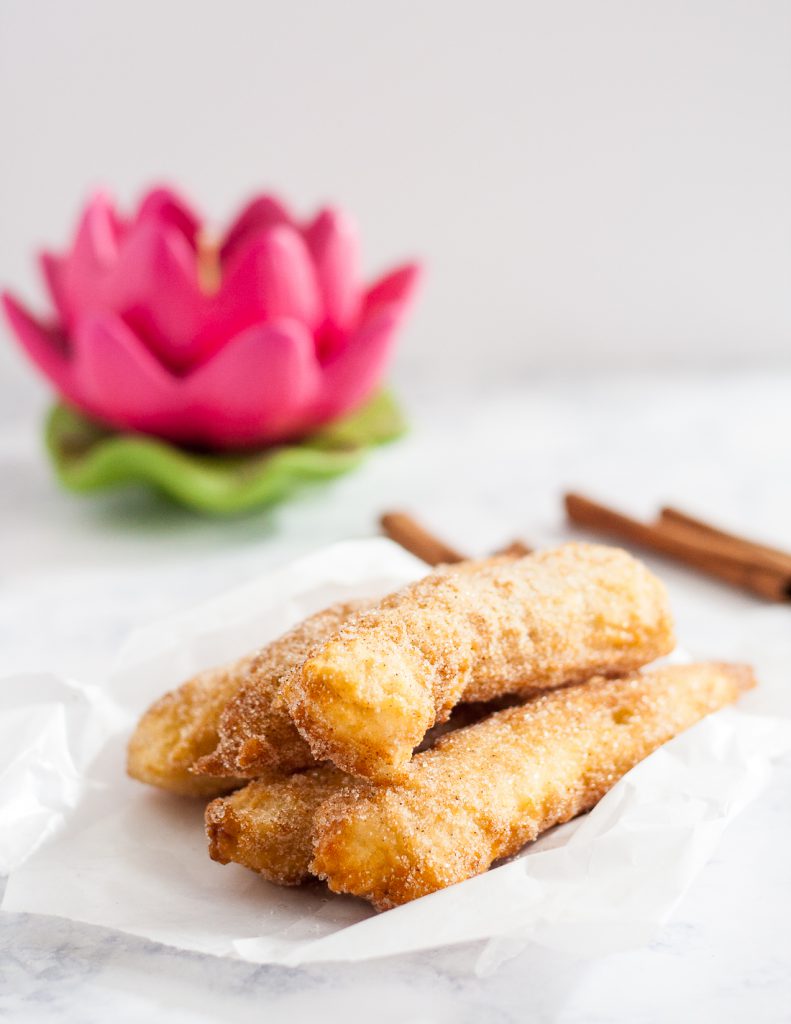 Who needs a little cinnamon sugar? The Godmother, who is in a third-person sort of mood today, agrees that cinnamon sugar is a magical combination. Add a little fried dough and this is sweet street-food heaven! 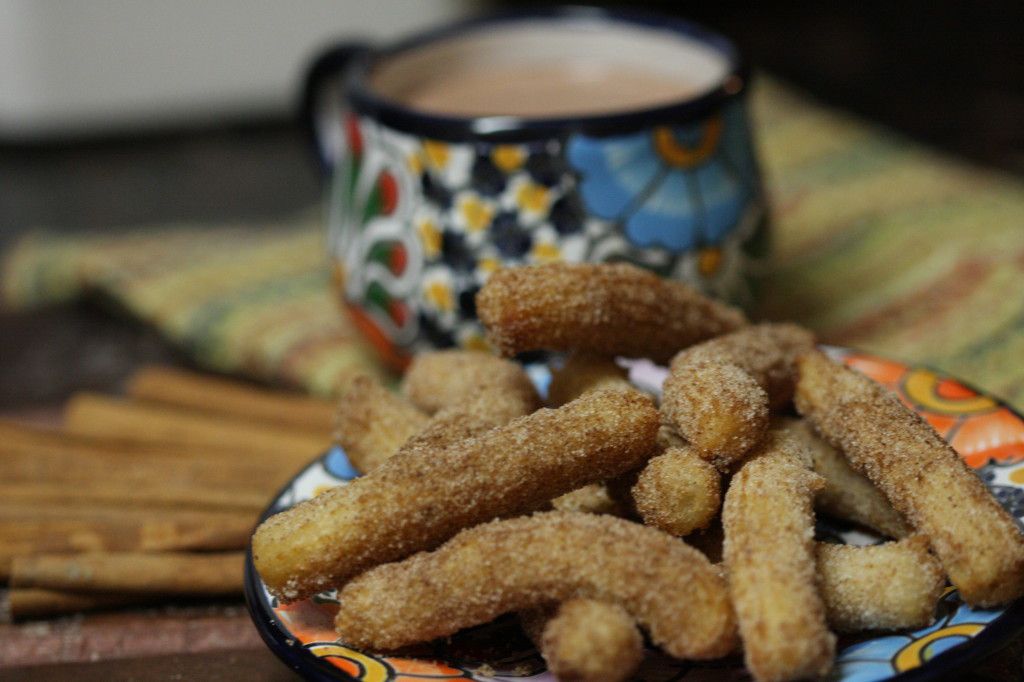 Found at carnivals, theme parks, and soon your kitchen, this is what most people I know think of when they hear “churro”. 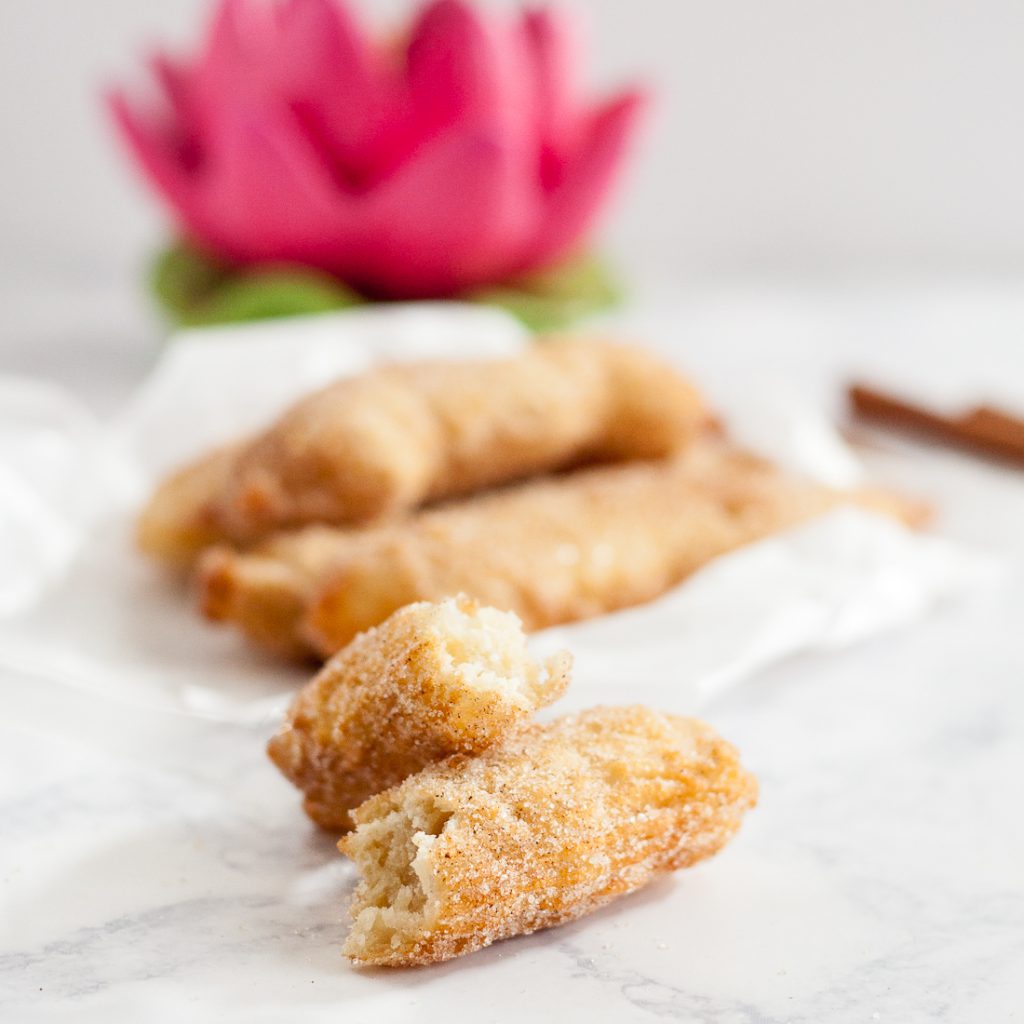 To get the pretty ridges, I piped these using a jumbo tip (the French star Ateco tip from this set). You don’t have to do that, a plastic bag will work fine, but the ridges do help the cinnamon and sugar stick to the churro. 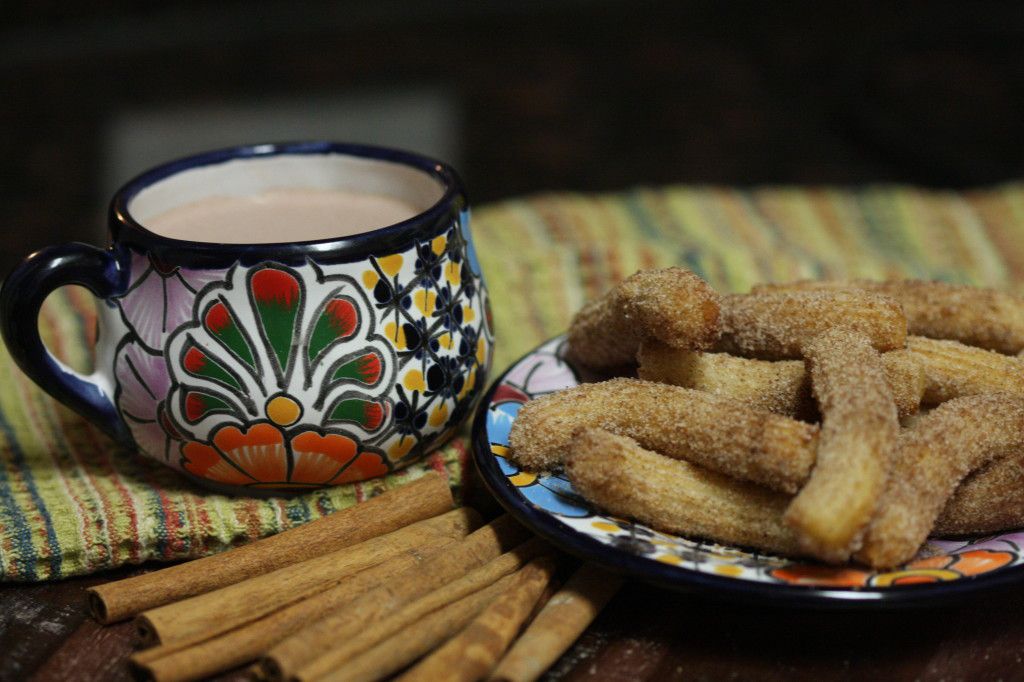 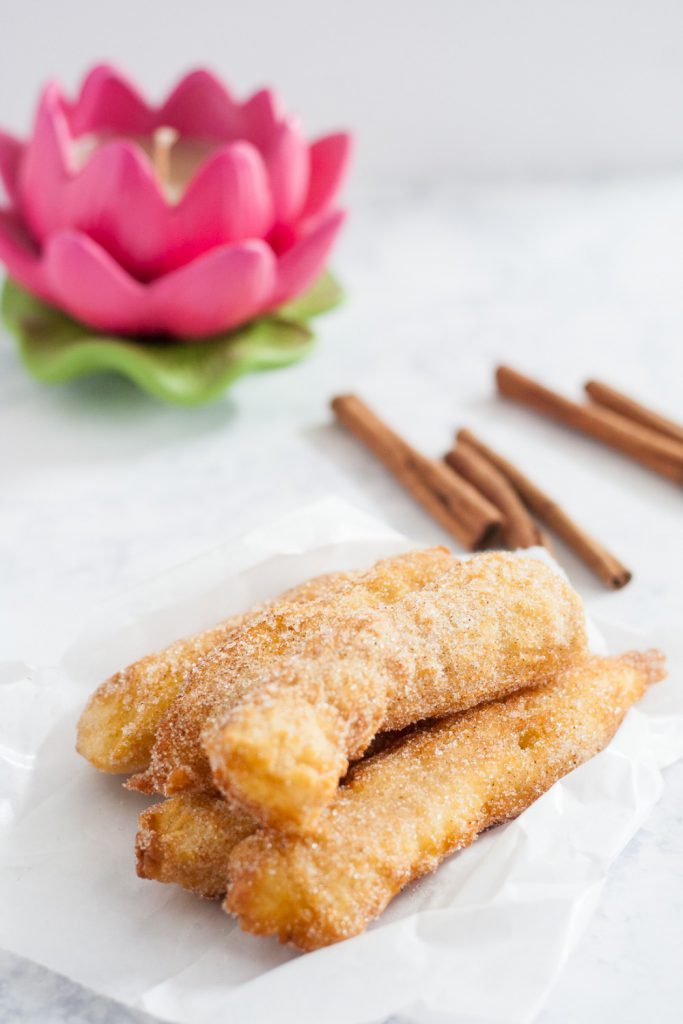 When you roll the churro in the cinnamon and sugar, you don’t need to do so straight out of the frying pan. In fact, I found that I had a prettier coating if I placed the churros on a paper towel to drain, and then after piping the next set into the oil, tossed the still warm but now less greasy churros into the cinnamon sugar coating. 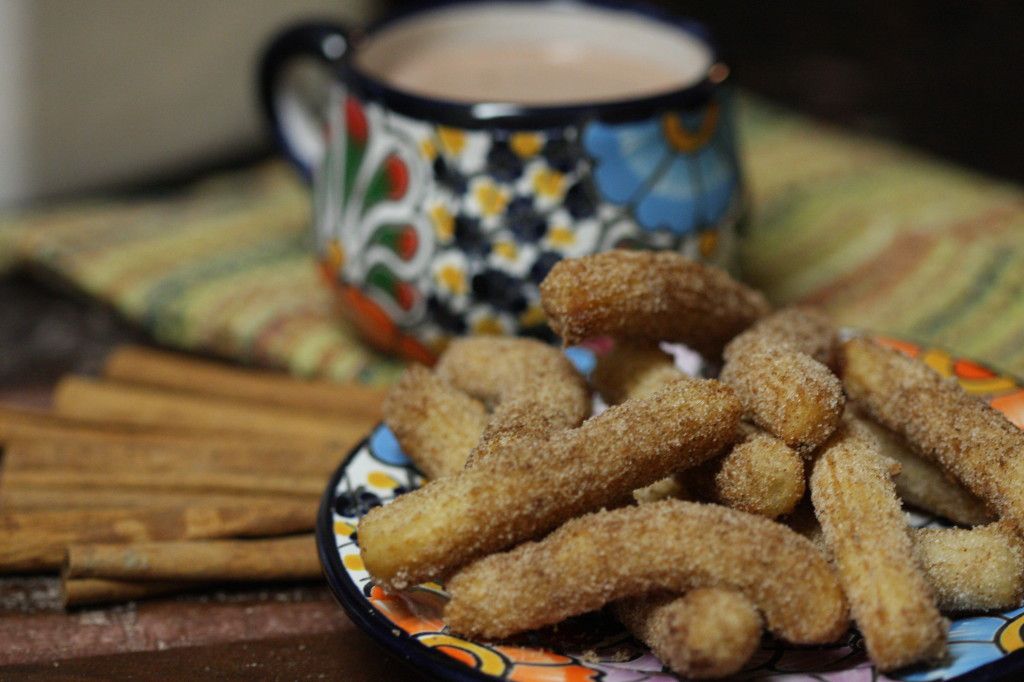 I’d also recommend using a skewer or something to “cut” the dough from the piping tip into the oil in your desired length so you get a clean cut. The dough is sticky so doesn’t naturally make a clean break coming out of the piping bag and if you’re looking to make the straight “sticks” you can’t really swirl the bag to “cut” the dough. 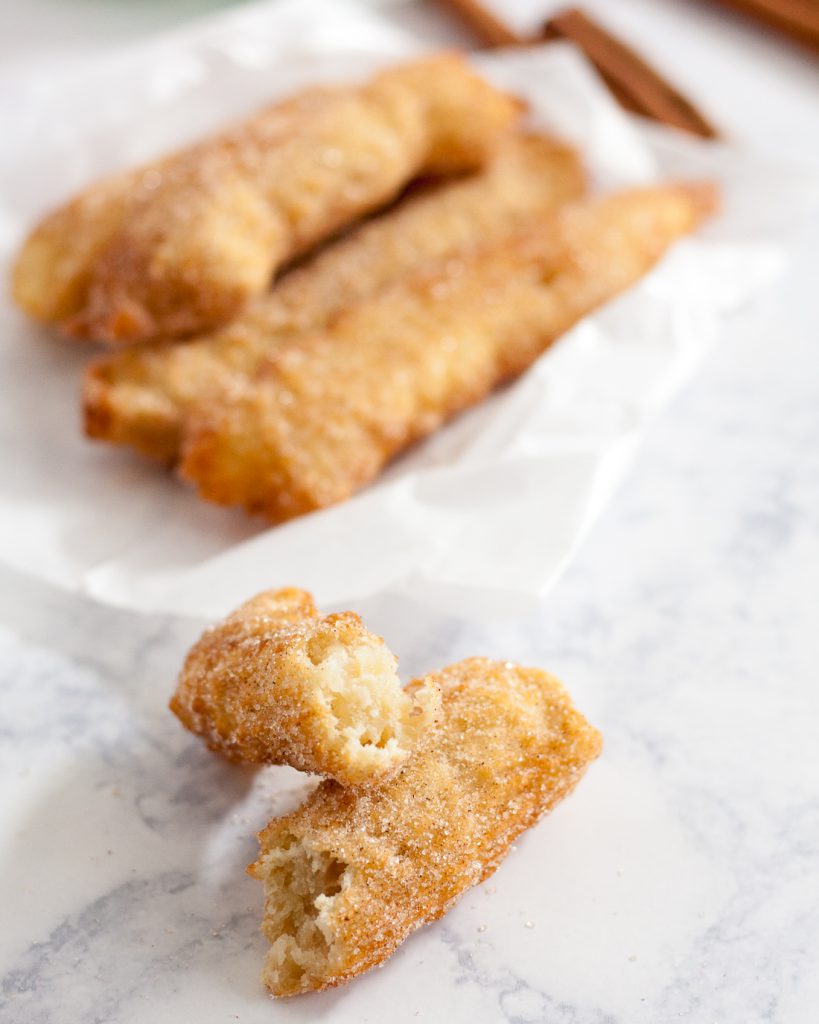 If you are in a HUMID CLIMATE - you may need to add another half cup of flour to get the dough to set up enough for piping. Start with 1/4 cup, and if it's still water-runny, add by the tablespoon until you get a very sticky, but still pipe-able dough. If you need to do this, add another 2-3 teaspoons of sugar to the batter so the churros will brown in the fryer.