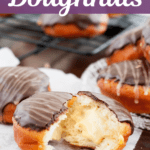 Mudslide Doughnuts are inspired by the mudslide cocktail. You don’t need to wait for happy hour to enjoy these gourmet doughnuts when you follow this recipe, and it’s totally acceptable to enjoy two doughnuts at once. 😉

Reading a blog is a bit like watching a reality television show. You see the edited bits, the polished virtual representation put to you by the blogger. Sometimes, that’s exactly what the blogger wants, and that’s great, but I don’t want Goodie Godmother to be that way – a site filled with beautiful pictures of recipes that look slightly out of reach for the average home cook – because they’re not since I’m the one making them. I’m very much a beautifully flawed human being.

I say this because this past weekend I had some girlfriend whom I’ve had the pleasure of knowing for years now, come to the house for a small cooking marathon (we made tamales), and I had to shoot an upcoming recipe while they were here so I could send extras home. I had to bake the cake twice, the first time because I used a pan that was too small and the cake overflowed (on to a sheet pan because I knew the cake was likely to overflow), and the second time to take the beautiful photos you’ll see on the blog at some point in the future.

They watched me scoot pots and pans over to one side of the kitchen island to create enough room to set up my photography drop, set up the tripod that barely fits in the narrow space between my oven and kitchen island, and open and close blinds and set up reflectors to get just the right light for my camera’s eye. As we chatted, one of them said something like “this cake tastes quite good, I should totally make this after you post the recipe.” And I joked that she most definitely could because most of my cooking is surprisingly off the cuff and it all seems to work out well enough that I can repeat my successes. And then I was told “Of course we know that because we know you! I bet not everyone looking at your blog thinks that.”

This is not a verbatim record of the conversation, because my memory just isn’t that good right now, but you get the gist. It stuck with me because I hope that somewhere, in the words between the pictures, you’ll see that this blog, these recipes, are all created around a real life, by one very real, very human, me. Hi. My name is Mary, and I write a recipe blog where I try to share recipes so that you can replicate them at home with delicious results.

What does this all have to do with mudslide doughnuts you ask? A good bit actually, because in my “free time” (hahahaha), the Godfather and I will turn on Netflix and catch an episode or two of some show. It’s not usually anything trendy, we watched all of Miss Fischer’s Murder Mysteries, and are currently finishing Murdoch Mysteries, but in between the two, we watched season 1 of the Great British Baking Show. LOVED IT! I was so happy, and it was so much fun to see these home cooks really testing their skills in the competition kitchen.

One of the episodes had a doughnut challenge and I immediately looked at the Godfather and said “I must make doughnuts! MUDSLIDE DOUGHNUTS!”. One of the competitors had the same thought, but my vision was different, so I decided I could make it anyway.

So I did, and now we have mudslide doughnuts. I made this recipe over a few days, making the filling one day, then making the doughnuts the next, and I would have finished them then, except I managed to lose the large bag of cocoa powder I keep in the kitchen, so I couldn’t finish the recipe until the next day when I bought more cocoa powder. Strangely enough, about a week later I found my bag of cocoa powder at the back of our corner cabinet with the lazy Susan. It had fallen off the lazy Susan and into the far corner of the cabinet where I didn’t know there was a space. Now we check it regularly. Fried doughnuts are best the day they’re made, so go ahead and be sure you have cocoa powder handy first. 😉

Start by making the cream filling first... (may be made up to 2 days in advance)

Time to make the dougnuts... 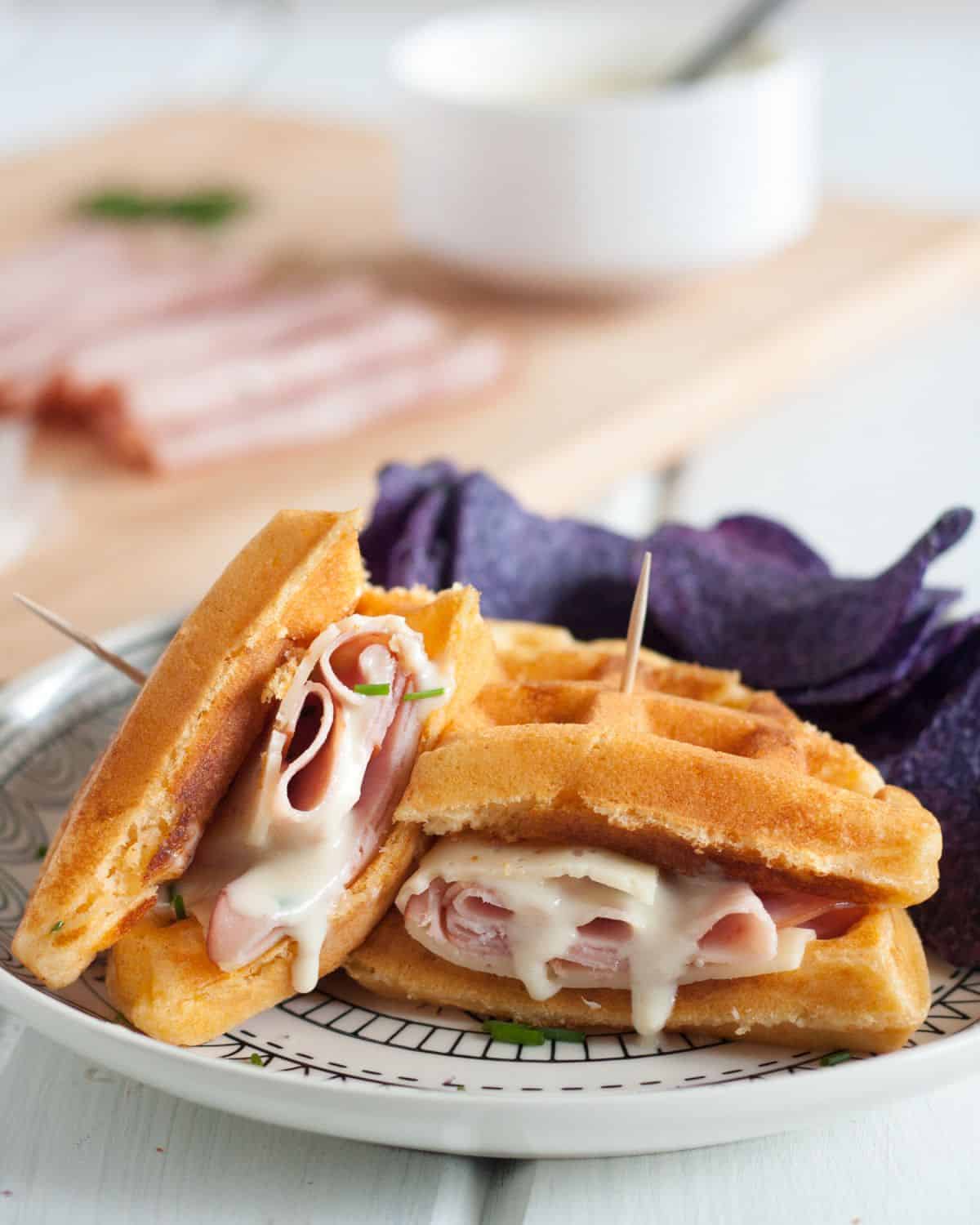 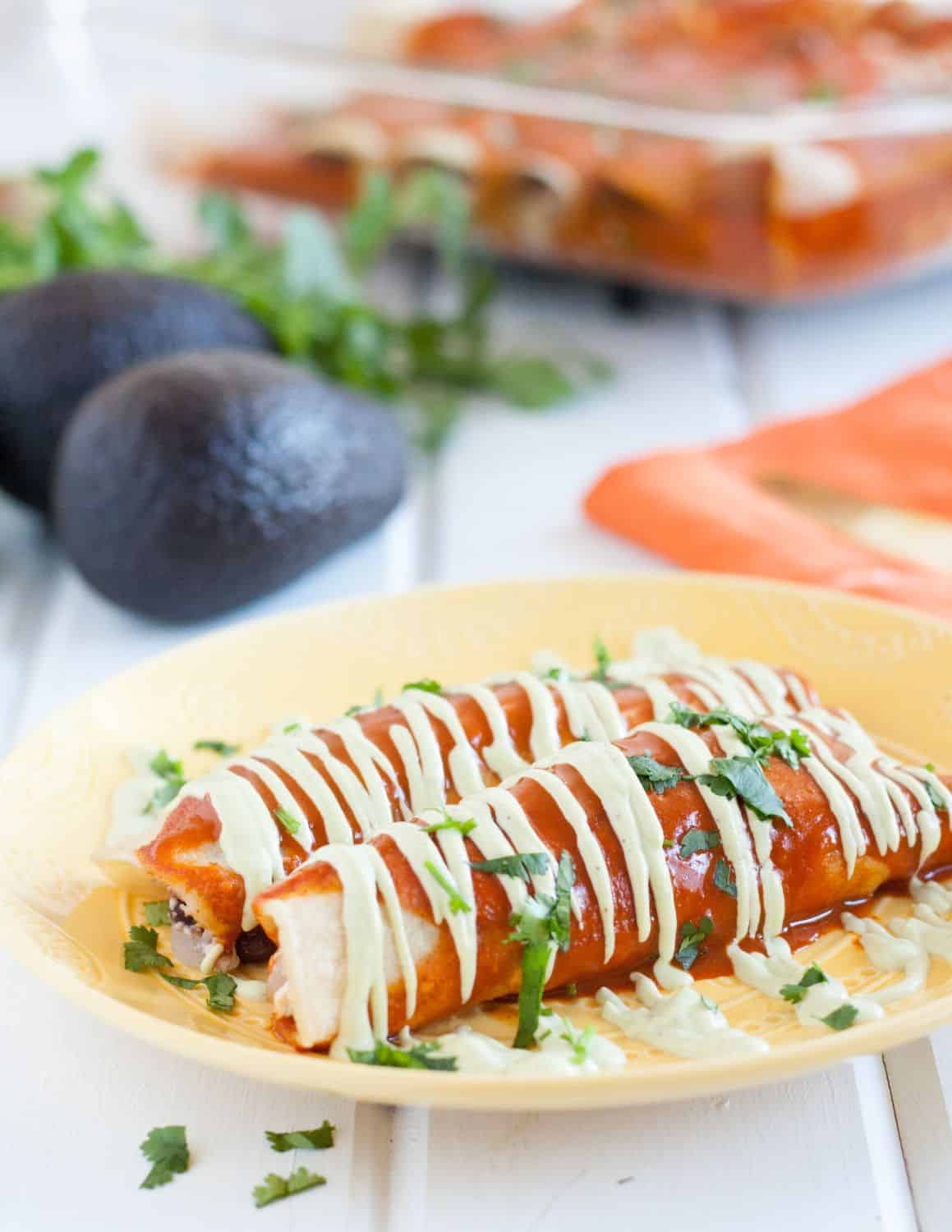 I honestly didn't know something this delicious could exist. For real, a MUDSLIDE DONUT!? You've discovered heaven. Love these!

Thanks! I'm all about combining dessert and happy hour haha

Mudslides were my grandma's favorite drink, this would be a great recipe to try to bring back memories of ordering mudslides at the beach. Thanks for sharing!

These sound absolutely AMAZING! We make eating doughnuts an event in our house and these just made it to the top of our list for the next ones to try! Yum!

Hooray!!! I think doughnuts are definitely an event and I'm glad you plan to give these a try!