This Pumpkin Cinnamon Rolls recipe updated January 2016 as part of the #ThrowbackThursday photography project where I add better photos to already delicious recipes! 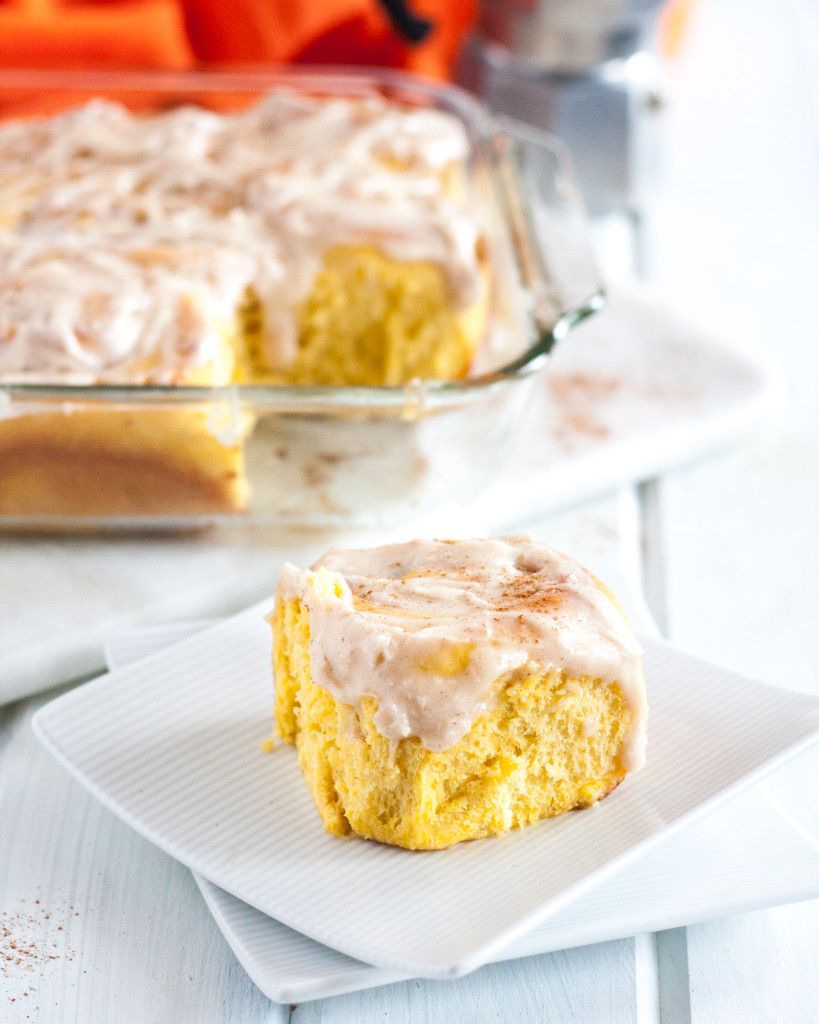 Would you like to know a sure-fire way of identifying a Type A personality (at least when it comes to things that are not laundry)? This post was supposed to go up Monday but I couldn’t bring myself to do it, and here’s why: I didn’t like the pictures. As you may have noticed, in June I picked up a DSLR camera, a much-needed upgrade from my iPhone. At first, I could barely remember how to turn the thing on, then getting a clear picture was a challenge, then came learning about other things like styling and adjusting basic settings to get the shots I wanted without resorting to the Automatic setting. Thou shalt never use the automatic setting. It’s in the Photographer’s Unwritten Bible I’m sure.

In the past few weeks, I feel like I’ve finally gotten to the point where I can usually identify good light and play with a few little settings to get proper photos. There was a phase where my photos were coming out clear, and even the styling was sort of coming together, but the light was very flat, so the pictures weren’t very good even for a total novice. It was during this time that I made this recipe for the blog and took the glamour shots. But a few weeks have passed, I’m better with the camera now, I’ve published some posts with photos I’m rather proud of for a beginner, and I just couldn’t put out the end product photos for this recipe with a clear conscience. 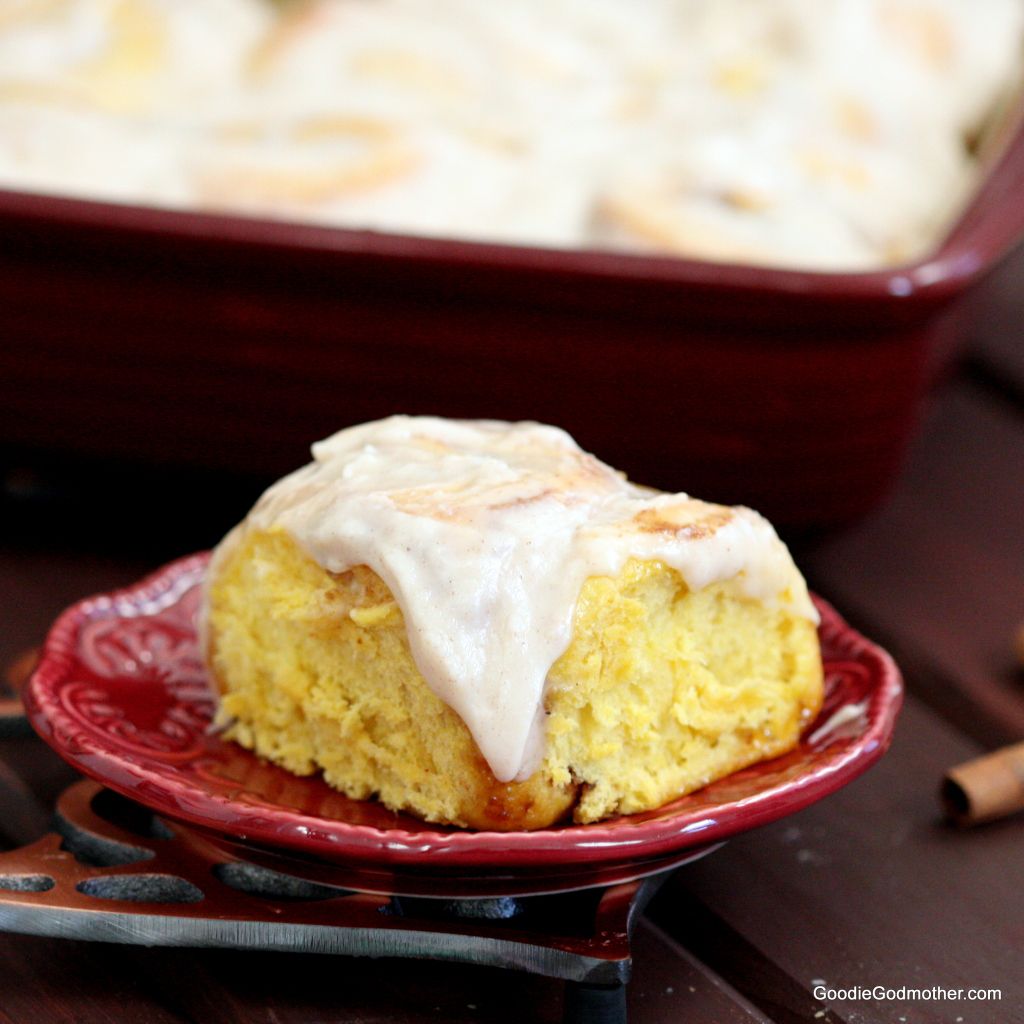 It just didn’t showcase how scrumptious these rolls really are. I know there are a zillion recipes out there on other blogs, but this one is a good one and the only way I can properly show that and encourage you to try it for yourself is with pretty pictures. So I made another batch (cue more finger-licking – literally – at the Godfather’s office) and took more pictures, keeping some of the prep photos from the first round since I had an extra set of hands with me to demo a few things. 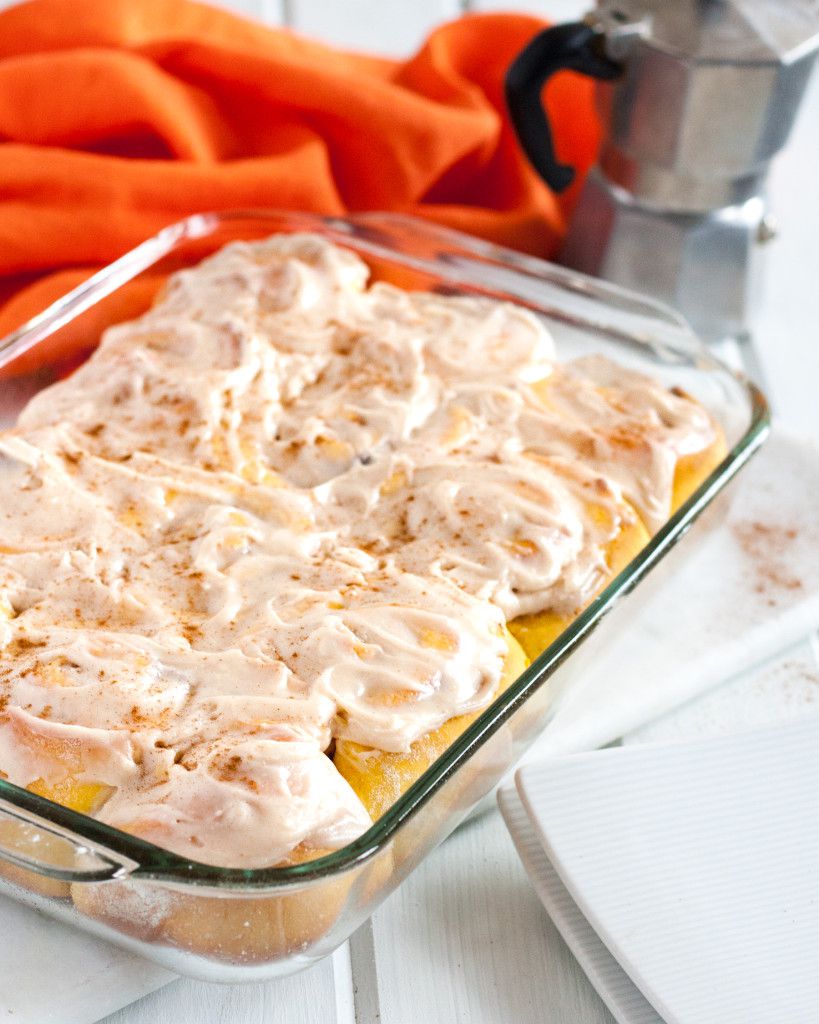 There’s nothing quite like homemade cinnamon rolls fresh from the oven. The smell wafts through the house (or apartment) filling each crevice with an intoxicating, inviting aroma. It’s like a hug for your nose, and an invitation to come eat. Cinnamon rolls make people happy. 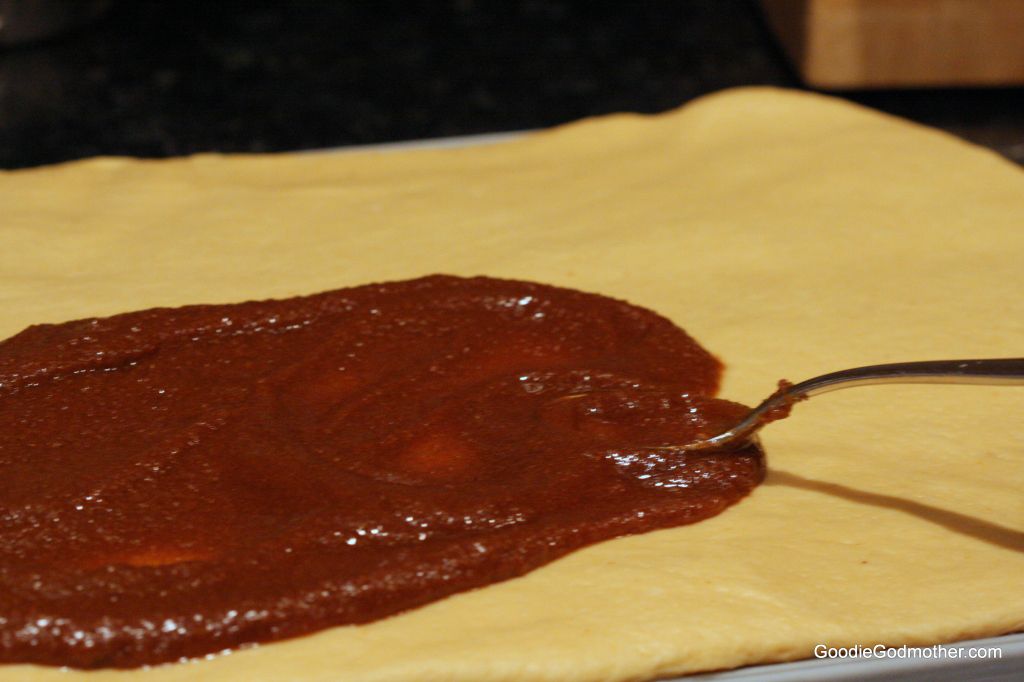 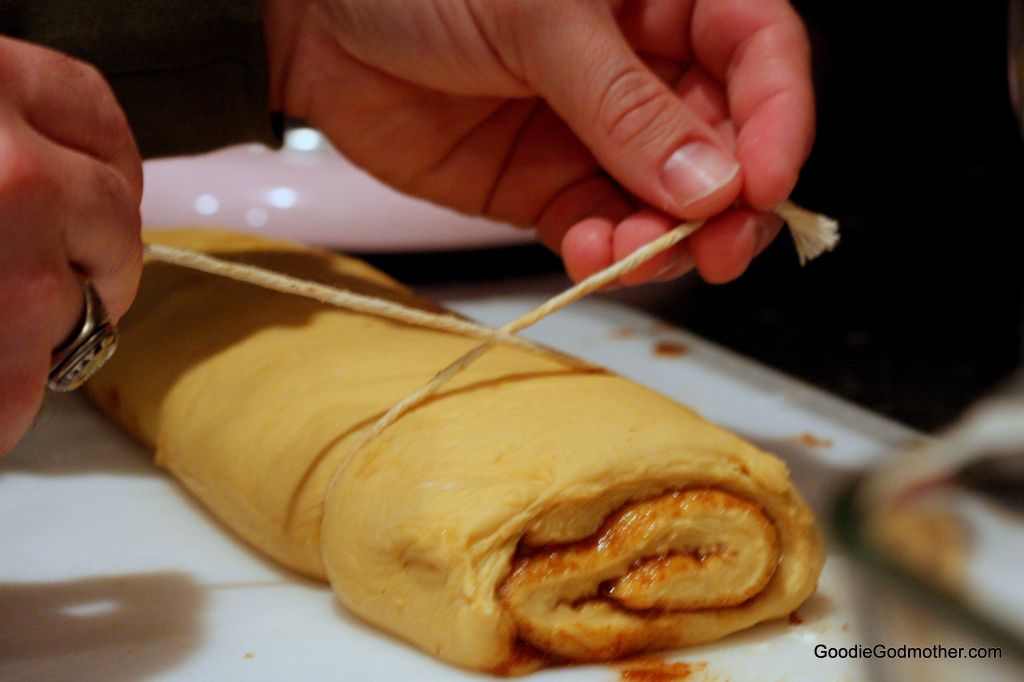 Pumpkin cinnamon rolls make pumpkin-loving people happy during pumpkin season (also known as Fall or Autumn). With a little planning ahead, these make such a lovely weekend breakfast. I made a whole pan on a weekday so I could pass most of them off to the Godfather’s office. I kept one for pictures and dessert that evening, and it almost didn’t make it. It took conscious effort not to pull perfect little cinnamon-spiced bits over the course of the day, leaving nothing for after dinner. I’m glad I didn’t though because it would have made the Godfather sad and cinnamon rolls are not for making people sad (see above). 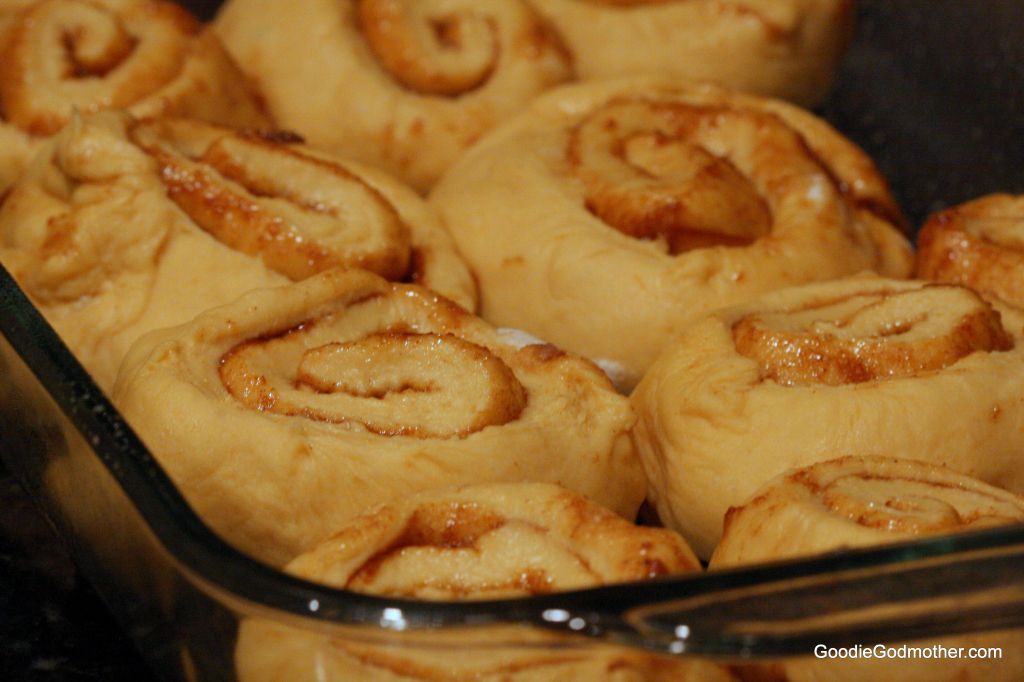 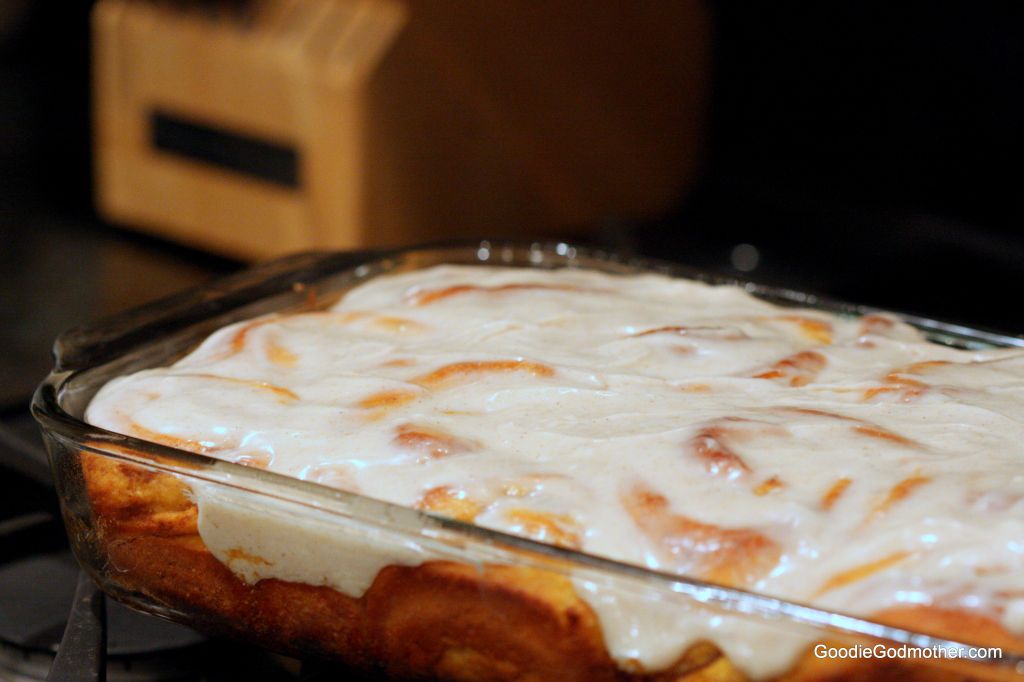 The dough for these rolls is very soft, so I would recommend rolling it out over a sheet of wax paper or a silicone mat so you can lift the edge of the mat and use it to help you create an even roll. Some of the pumpkin filling will likely spill out as you roll, but don’t worry about it, just wipe away any excess and keep going. Additionally, in one of the above pictures you’ll see the Godfather very glamorously modeling how to cut cinnamon rolls using kitchen twine. I would avoid a knife because the sawing motion messes up the pretty swirl look and changes the shape of your cinnamon rolls, which you don’t want. This is cleaner and then you have one less thing to wash. 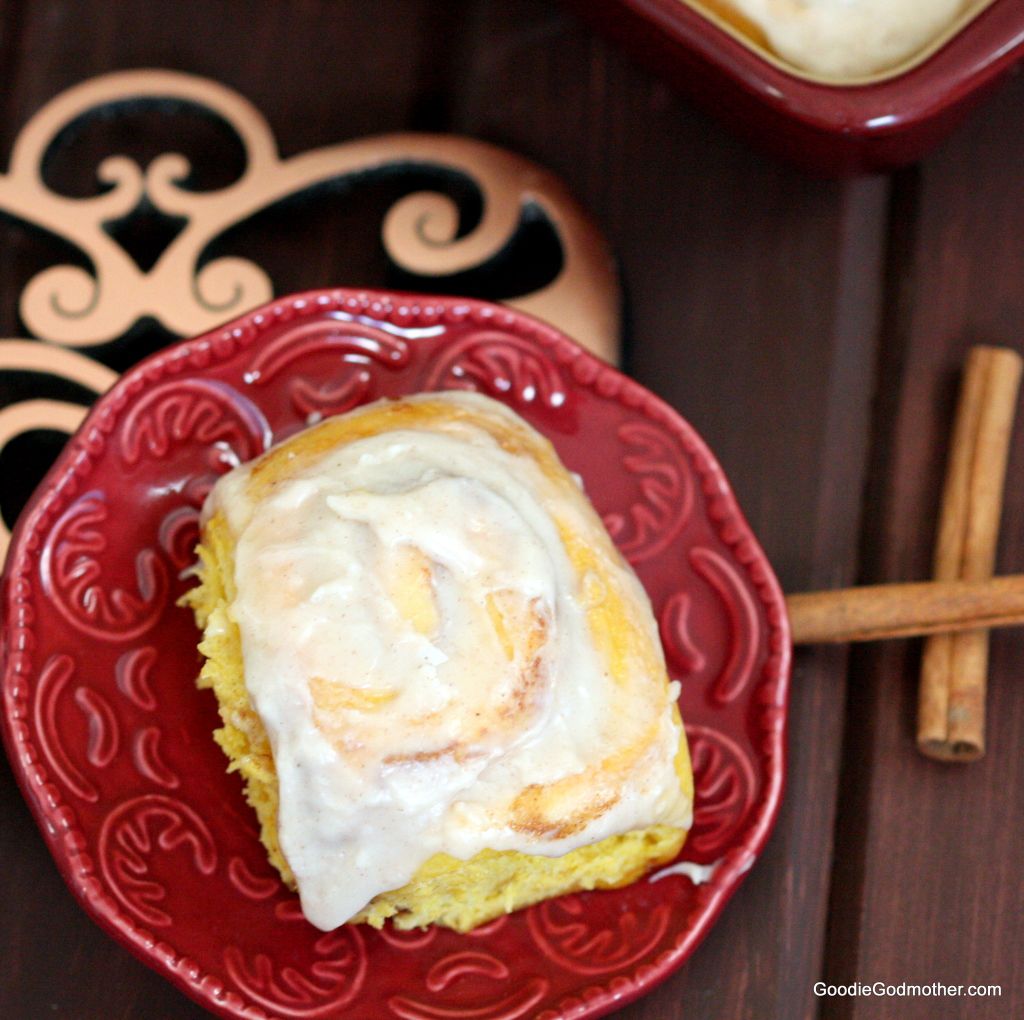 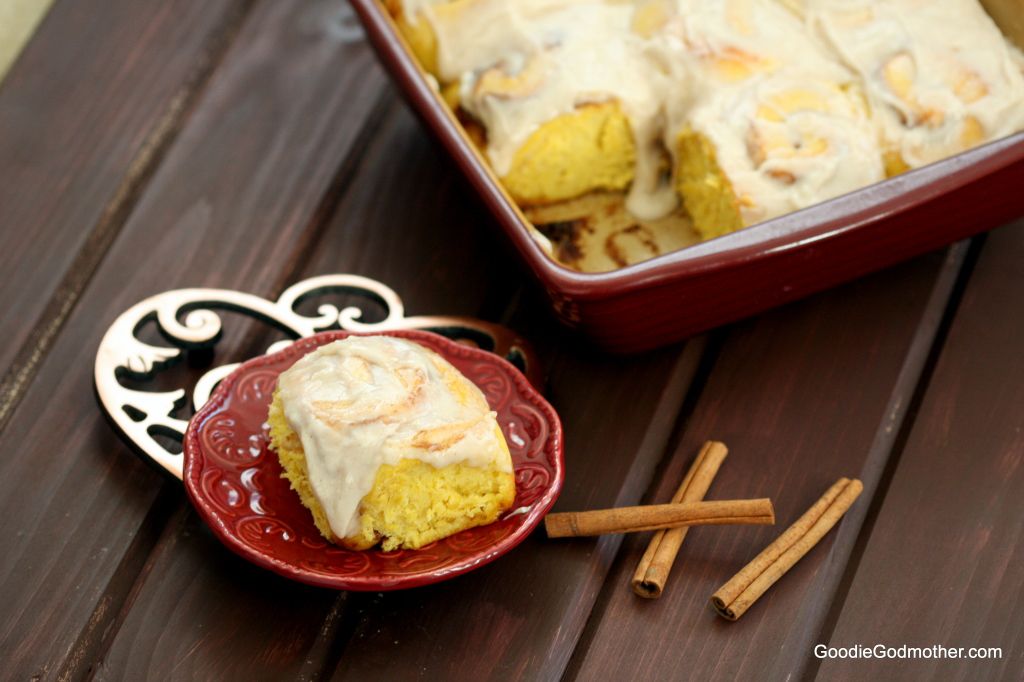 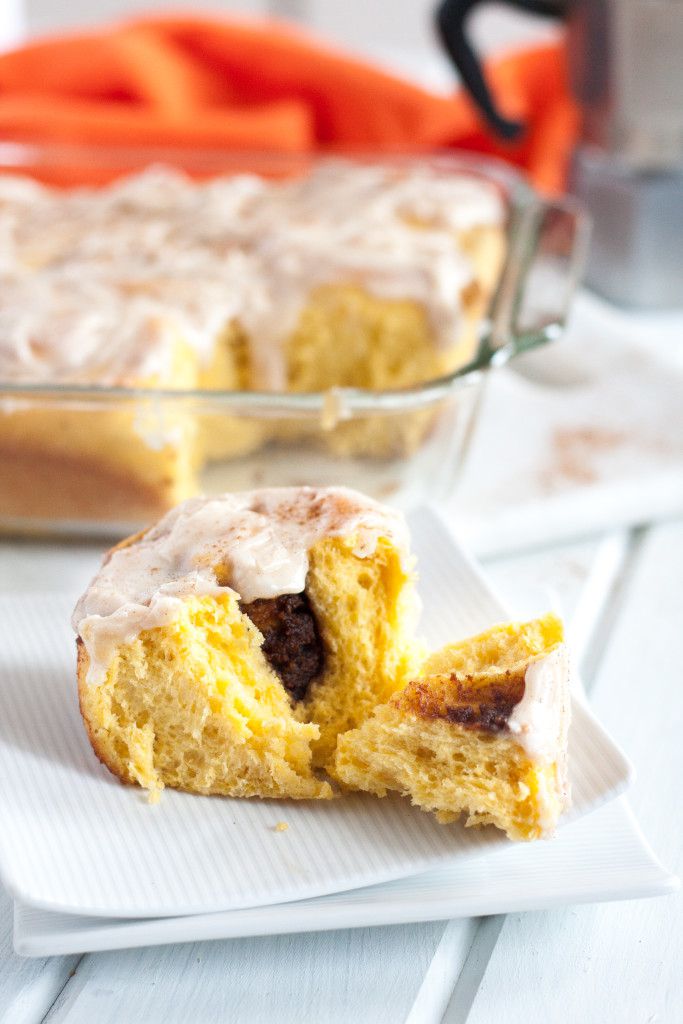 You may make the dough in advance and freeze. Just place the cut rolls in a single layer (not touching) on a baking sheet and place directly in the freezer after shaping and cutting. When the rolls are frozen solid, store them in a zip top plastic bag. Remove from the freezer the night before baking and place in the refrigerator to complete the final rise, then bake as usual.