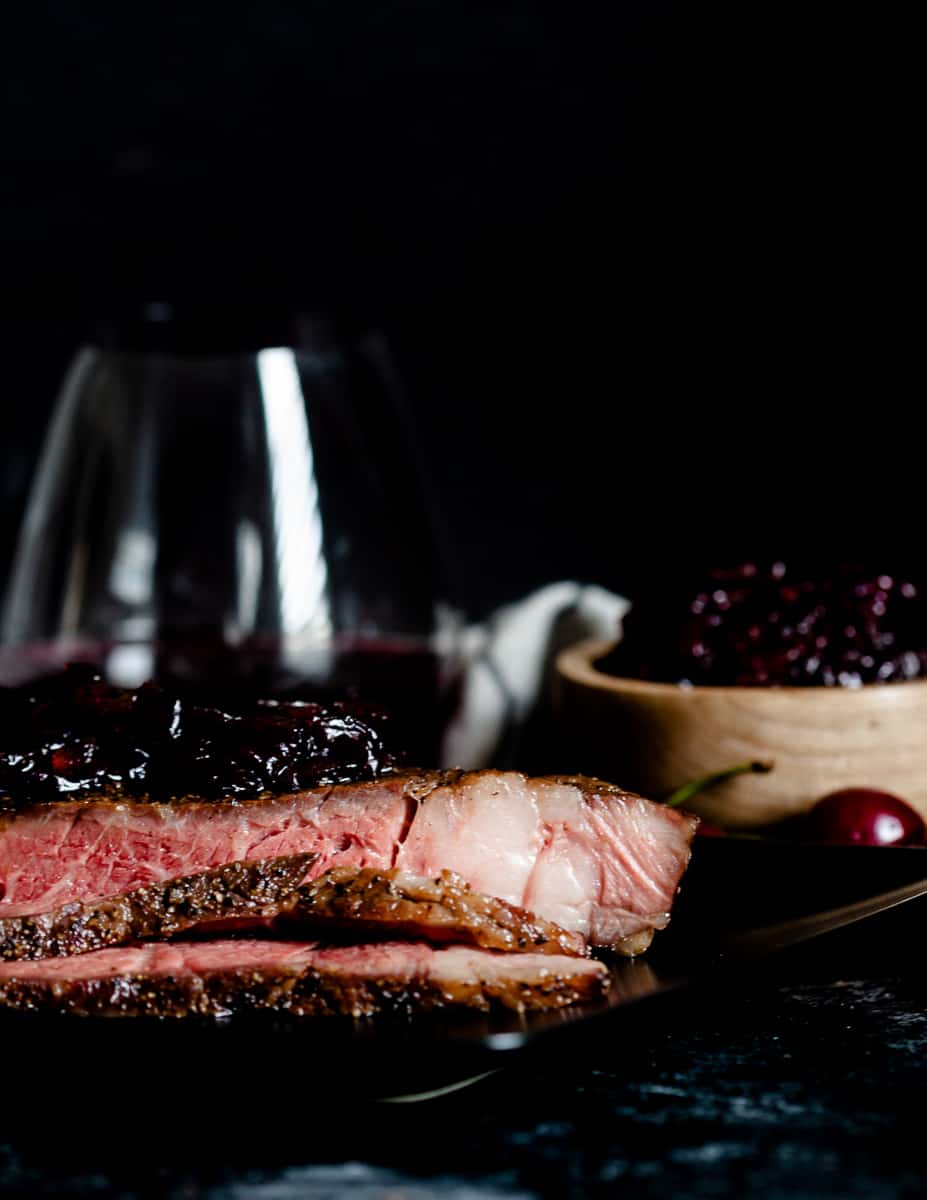 I can’t order steak at restaurants anymore. The Godfather has completely spoiled me, making amazing steak at home, and this reverse seared ribeye was no exception! I contributed by making the cherry onion marmalade, which paired beautifully with the steak for dinner, but starred in sandwiches for lunch the week after. Make this recipe for a date night in using fresh cherries now, or use frozen cherries later. It’s a good one to make for company too, because you can always make the cherry marmalade in advance.

The key to making an amazing steak is using the right technique for the cut. Reverse searing has become our favorite way to make rib eye steak because it creates a nice crust, but keeps the meat juicy and tender. We don’t even own steak knives – we don’t need them. Rib eye is already a pretty tender cut because of the fat marbling. The key to making it perfectly is crisping enough of the fat without drying out the meat. To do this, you use relatively high heat (a cast iron skillet is perfect!), and flip often! It sounds counter-intuitive, but it works. The Godfather had always grilled ribeye outside, but when we couldn’t the evening we planned to make the steaks, we tried reverse searing after reading about it in The Food Lab, and haven’t grilled a ribeye since. Not that grilling isn’t fabulous too, it’s just that somehow every time we planned to make ribeye in recent months, it rains. *shrug* 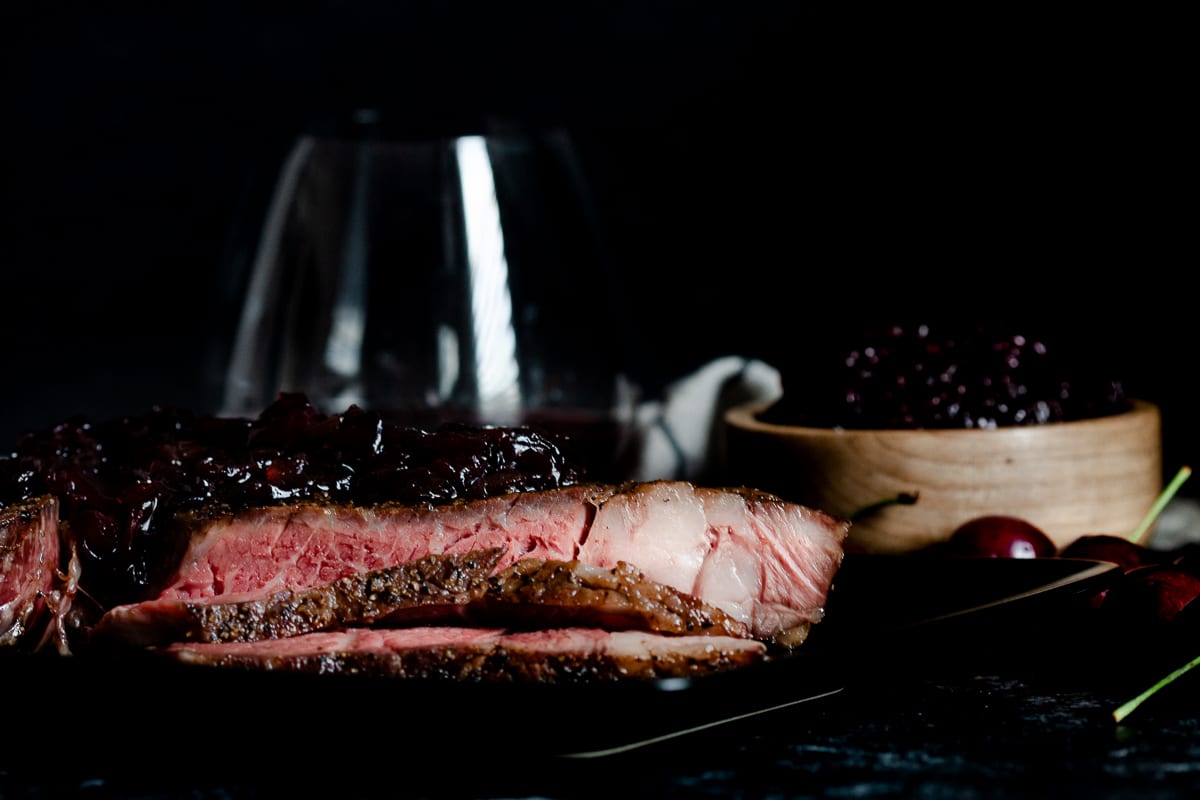 Now let’s talk a little about the sauce. Just making the cherry onion marmalade will have you drooling. Our dog Dolce was circling the kitchen when we made the steak, but the Godfather was circling in a similar manner when I made this savory cherry marmalade! It takes about an hour to prepare, so plan accordingly, but the results are so worth it. It’s jammy with the right amount of acid and a perfect touch of sweetness.

I like that the marmalade recipe made more than what we needed for our meal. That being said, we had 2 adults and 1 small child eating. We were generous with the marmalade on our steaks, but obviously were at just under half the full serving size. If you are making for 6 in one sitting, you may not have leftovers. At which point I may recommend doubling the marmalade recipe if these are flavors you love. If you’re going to put the work in, you may as well get extra. Extra cherry onion marmalade can be frozen for later if not consumed within a week or so. 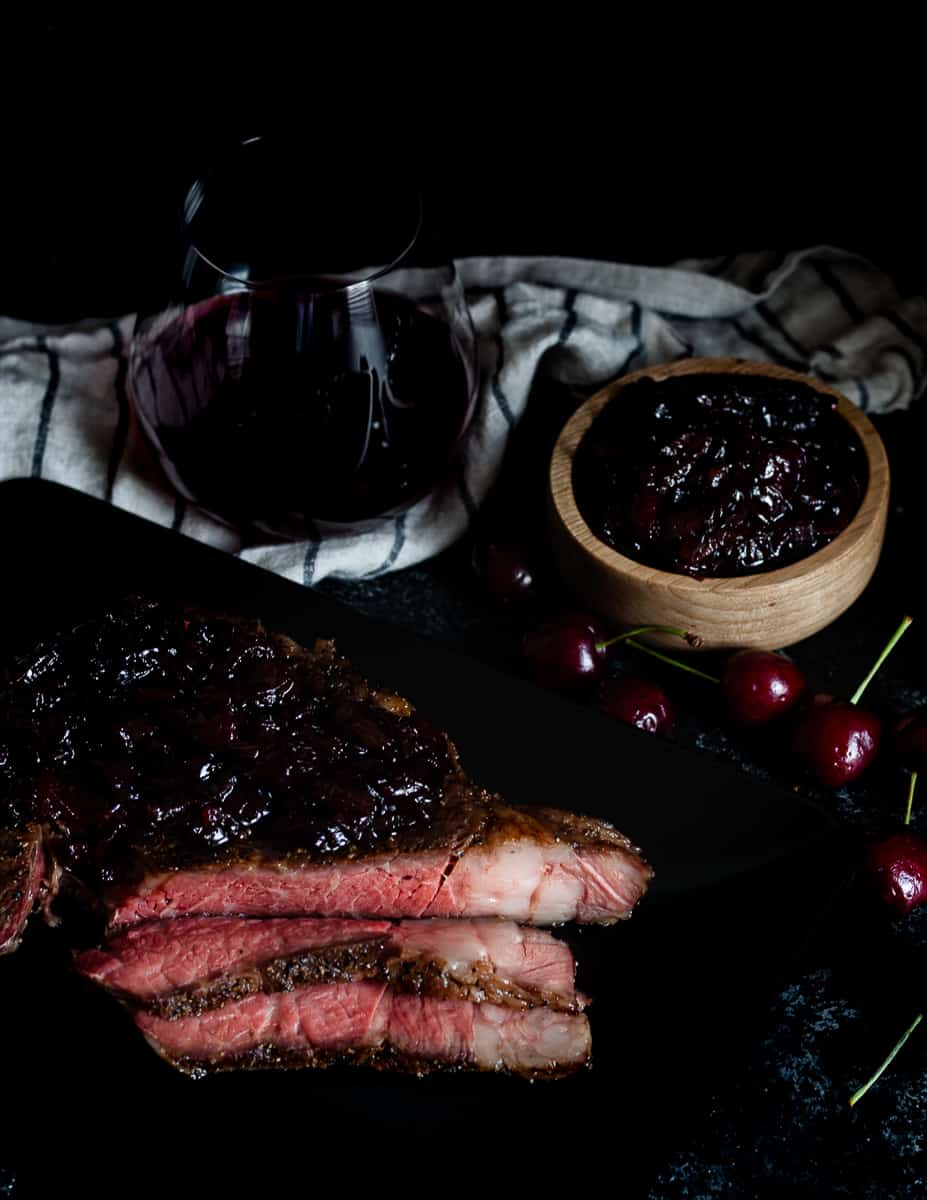 I hope you enjoy this recipe and learned a new technique for making ribeye!

How to Reverse Sear Ribeye Steak

I have used both red onion and sweet onion in the marmalade with fantastic results. When I use sweet onion, I let the onion cook over medium low heat for closer to 20-25 minutes until the onions are a light brown and just slightly caramelized. 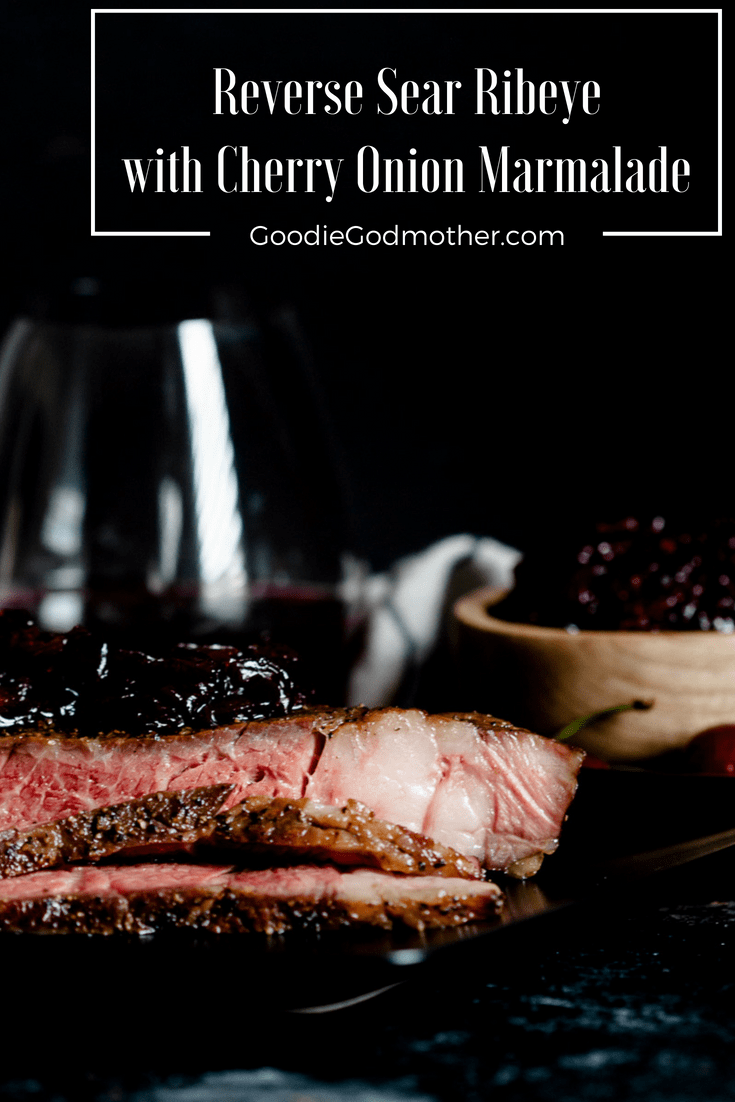