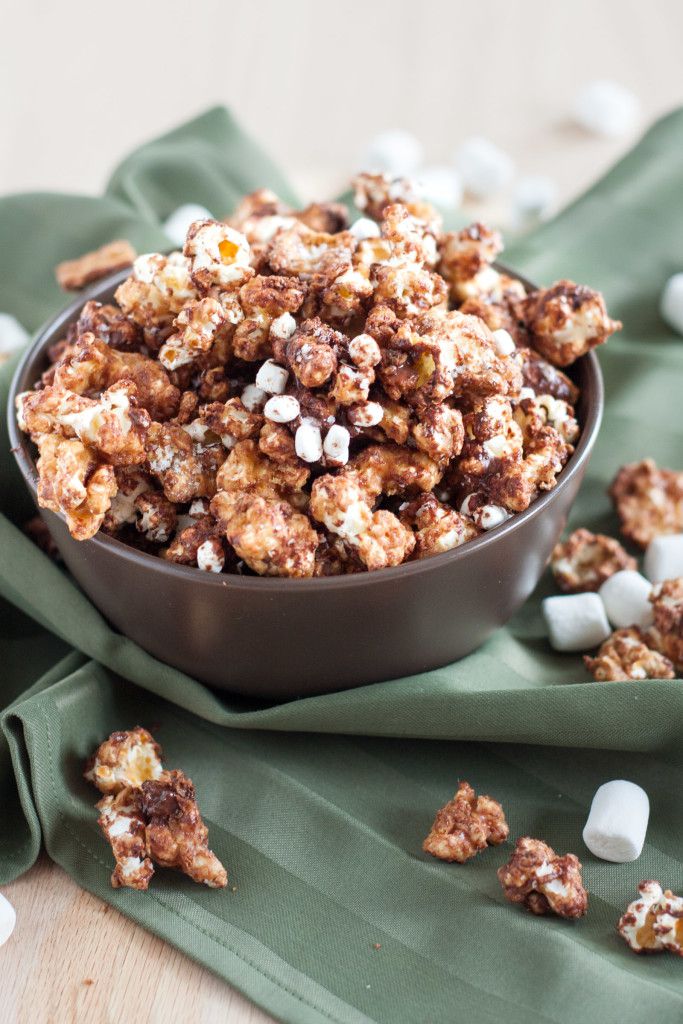 Making caramel corn (successfully) is something I only mastered this year. It’s not difficult, but it sat on my “to work on later” list until the idea for a chai tea caramel corn occurred to me and then I stopped working on everything else and spent two days testing recipes, and now I’m on a roll! The inspiration for this s’mores caramel corn struck while the Godfather and I were on our road trip to see family a few weeks ago. We were chatting about Christmas recipe plans for the blog, and I was quietly staring out the window feeling a little unsure about posting 3 weeks of cookies while thoughts wandered in this order…

I’m bored just thinking about working on 12 cookie recipes at once. Too many cookies… Do people do cupcakes anymore? I haven’t done cupcakes in a while… Should I make decorated cookies? Not this year. Maybe later. Watch me want to make ornament cookies for Valentine’s Day. Why do I always seem to be inspired to post cookies after Christmas? Who does that? You know what I do want? More chai caramel corn. That was good. Why didn’t I make some before this road trip? Oh yeah Mary, it’s because you were up at 1 a.m. before our 5 a.m. departure sewing a cape for the Fairy Godmother running costume you may not even wear because of the humidity. Why do you hate sleep? I hope it doesn’t rain. I still want caramel corn. Am I ready to share my s’mores cookies on the blog? *half second mental pause*

And I jumped in my chair, slightly startled the Godfather, and s’mores caramel corn was on the list for Christmas baking along with one more recipe to be posted in the near future. Now the only challenge was figuring out how to properly translate s’mores flavors into a caramel corn. I wanted a bit of graham cracker, chocolate in every bite, and marshmallows. 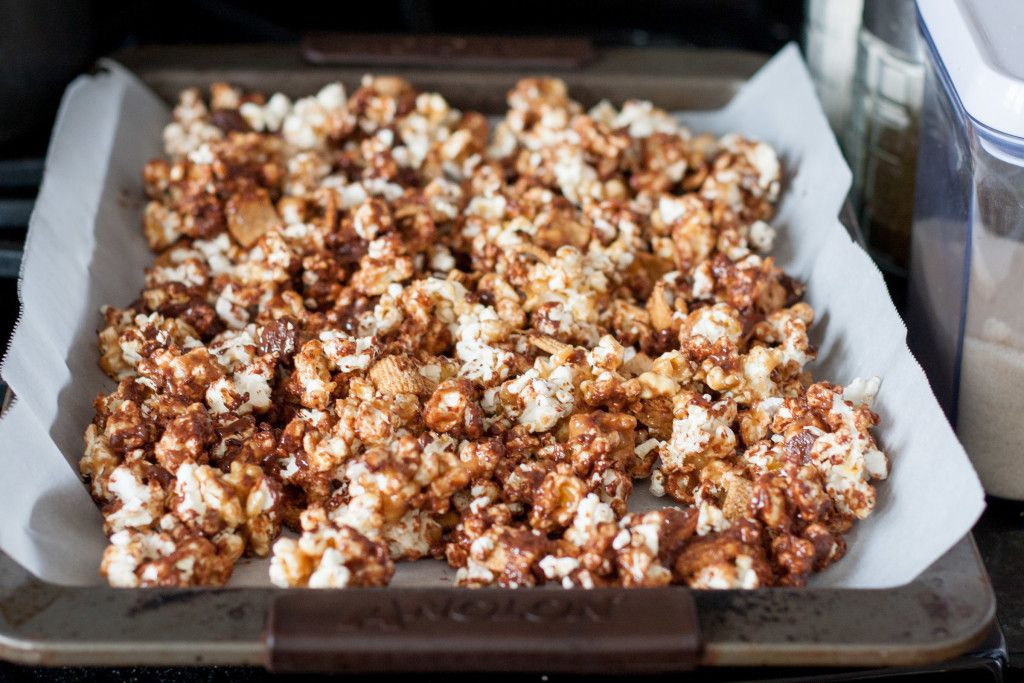 The graham cracker flavor is provided by a graham cereal, and I’d recommend finding a graham cereal and not trying to substitute with a cinnamon sugar cereal since that provides a different flavor. To get the chocolate over every bite, I actually stirred my chocolate chips into my popcorn after I mixed in the caramel, so the chips melted slightly and coated every piece over the course of baking. The marshmallows were my biggest challenge for two reasons. First of all, marshmallows melt in the oven and half melted marshmallows don’t look good in a mix, and second, the marshmallows are moist and I want my s’mores caramel corn to be nice and crunchy, so if I have marshmallows in the mix, they will transfer moisture to the popcorn and the texture will be off. My solution was to use the mallow bits I used in the hot chocolate brownies. They worked perfectly, providing a hint of marshmallow, but allowing the caramel corn to remain crunchy even a few days later. This is really important if you want to give this as gifts! 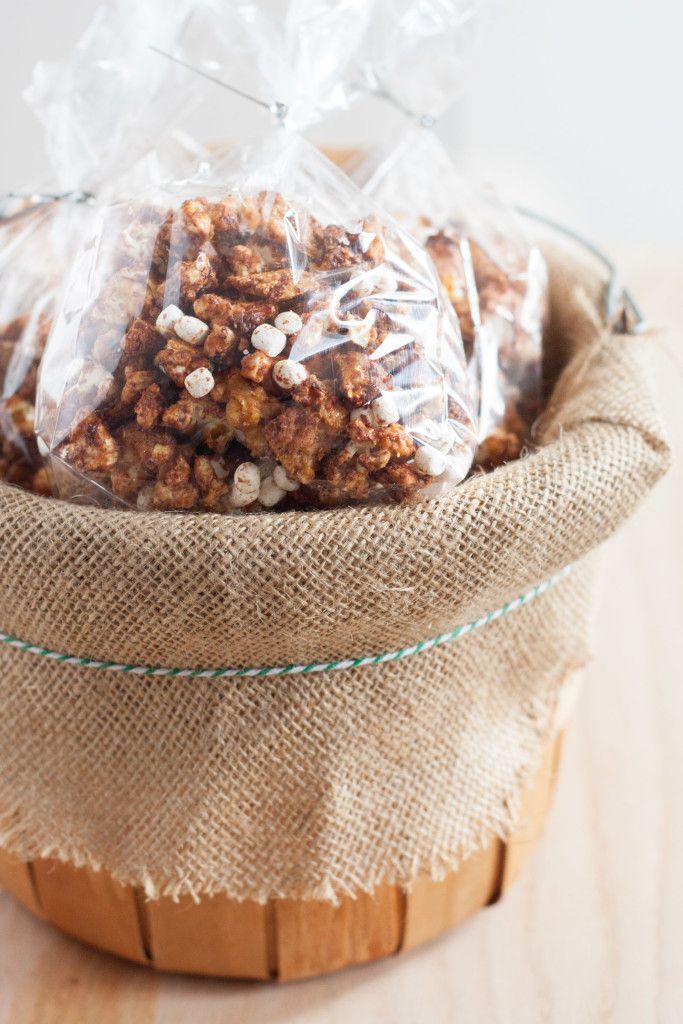 This is such a cute idea Mary! I love it!

This looks amazing! I am addicted to caramel corn and I know this combo is absolutely delish!!

Because can you ever go wrong with chocolate, caramel, and popcorn? No. :-p

Combining S'mores and popcorn sounds amazing! What a perfect snack :)