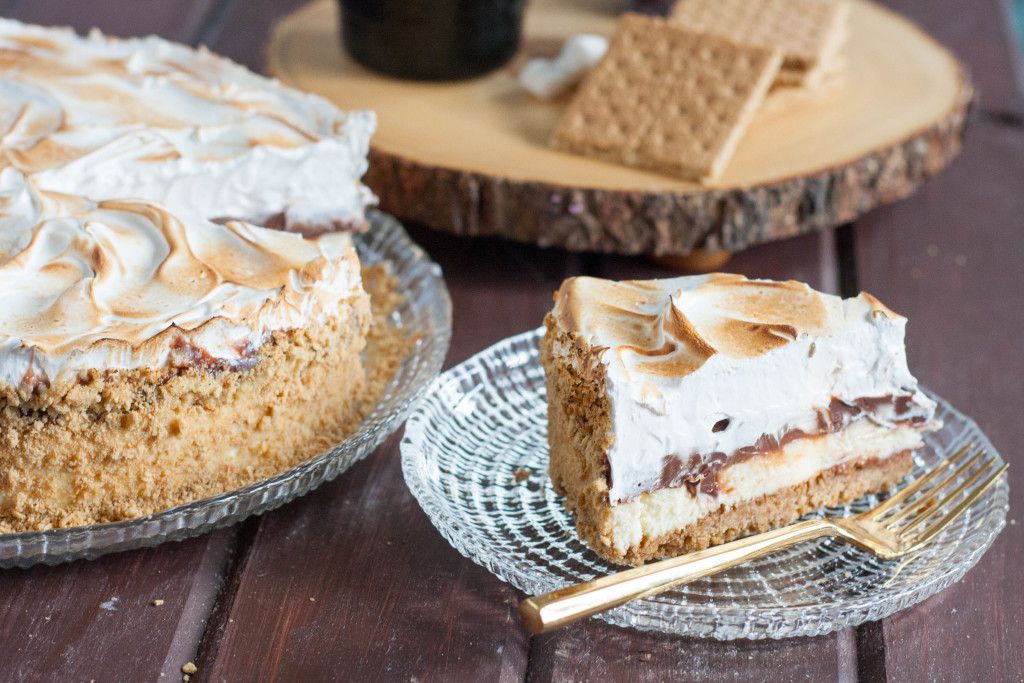 There are always two kinds of kids around any campfire, the ones that like their marshmallows burnt to a crisp and light them on fire, an efficient way to cook so as to facilitate the consummation of as many s’mores as possible, and those that cautiously keep their marshmallow just outside the flames, waiting, turning, watching carefully until the outside is just the perfect shade of golden brown. Which were you?

If there’s one thing I’ve learned as an adult, it’s that we don’t have nearly enough campfires in our lives. There’s something so beautiful, so peaceful, about sitting around a fire, alone or with family or friends, and watching the flames. No one even has to say anything, but something about the fire always encourages the best conversations. 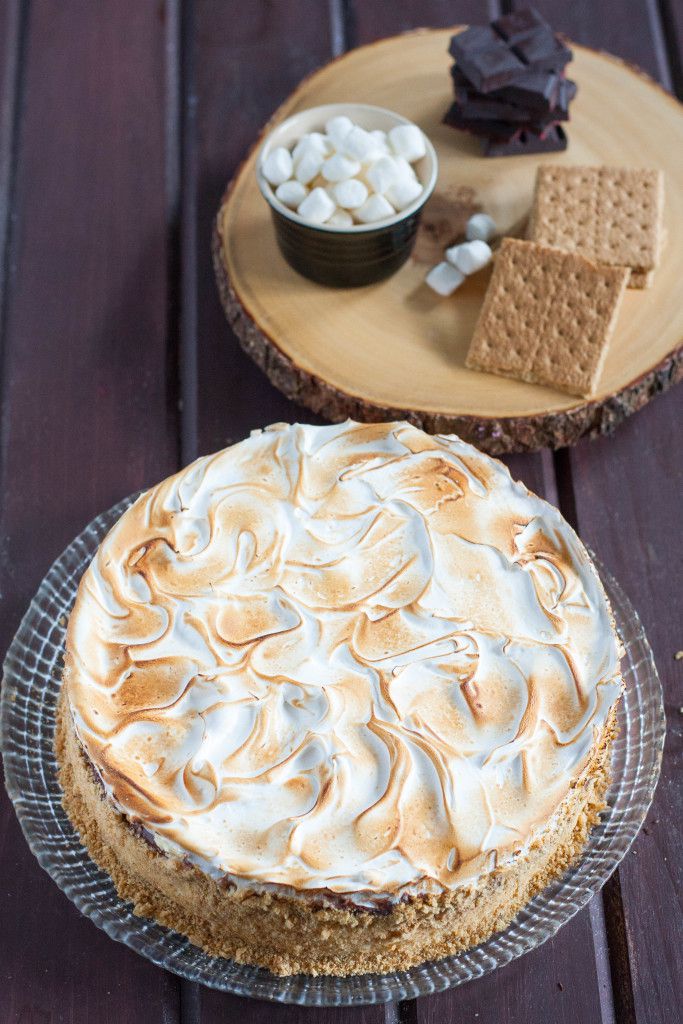 As a child, I always equated campfires with s’mores, because the only time kids that grow up in the Florida suburbs ever get to see a campfire is when actually “camping.” The parenthesis are because my Girl Scout troop never camped anywhere without running water and electric outlets because our leaders weren’t using a hole in the ground as a toilet, weren’t going without showers, and they most definitely were not going to go without a properly brewed pot of coffee in the morning. Funny story, I vaguely remember ordering pizza for dinner on one of our multi-night camping trips. The Real Housewives of Anywhere had nothing on us.

So it came as a bit of a surprise this past August 10th, National S’mores Day, that there is a serious lack of s’mores recipes on my website. Clearly, this is a problem that we here at Goodie Godmother are taking active steps to resolve, beginning of course, with this recipe. When we went to our creative team and said “Team, we have no s’mores recipes. Why?”, they flustered a bit, and the first coherent reply was “Cheesecake! We need a s’mores cheesecake and the memo must have gotten lost on the way to R&D”. Our creative team has a bit of a problem with accepting responsibility, but they’re a good team, so we keep them. And since a lot of our creative team meetings often involve serious conversations with a toddler and a small dog, there may be some understandable flaws in departmental communication. 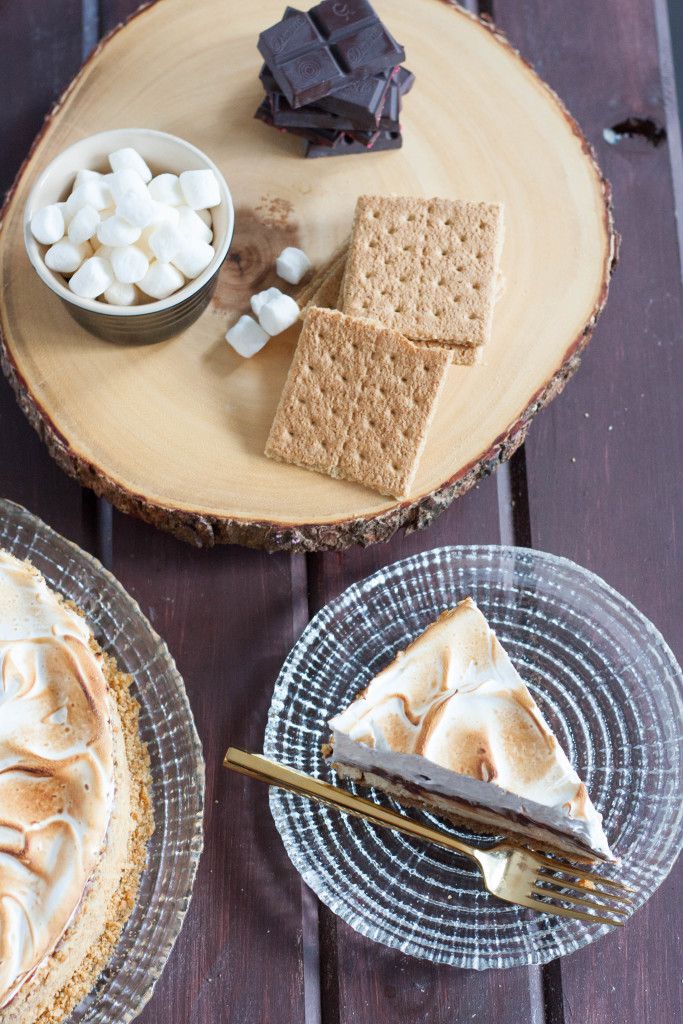 So without further ado, I present to you… an amazing S’mores Cheesecake recipe, and a great reason to buy a kitchen torch (don’t forget the fuel)! Enjoy! I also made you a pretty video…

* The cream of tartar helps to stabilize the frosting a bit. If you don't have any on hand, add a tbsp of powdered sugar to the egg whites when you add the vanilla towards the end of the whipping process, or just omit altogether. 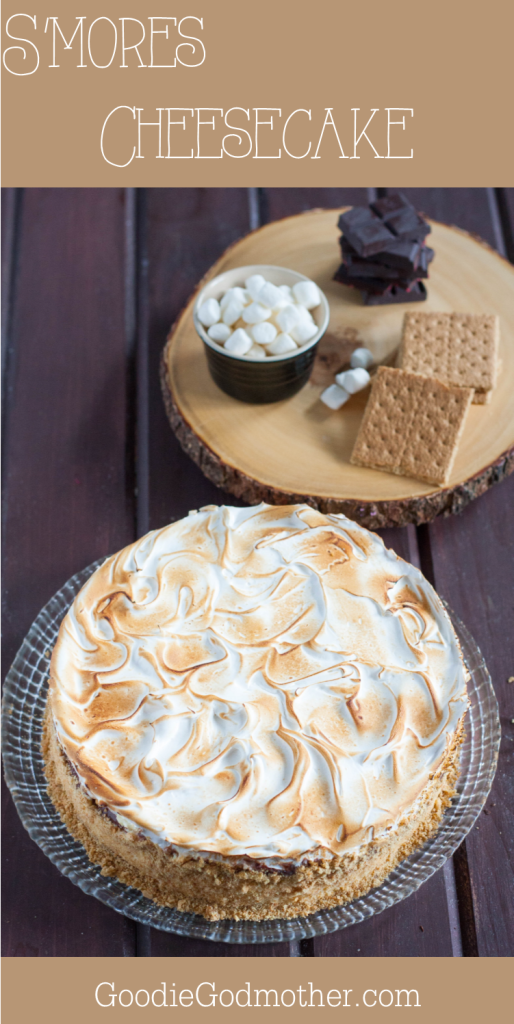 I don't make too many cheesecakes, but I LOVE them! And I'm obsessed with S'more-anything -- this looks DELISH!!

I am so loving this cheesecake! And I can relate completely to your camp outs too haha! I'm all for running water and electricity :)

What a gorgeous cheesecake! Aren't kitchen torches the best?! Loved the video, too!

My kitchen torch is one of my favorite specialty gadgets. It's so much fun!

I've never eaten a S'mores of any kind in my life. But, this one is now at the top of my to-make list. Yum!

It's a dangerous path... start on it and suddenly you're putting chocolate and marshmallows on everything!

I'd love to sit in on one of your creative team meetings ;-) I'm not a huge cheesecake fan, but I am a huge s'mores fan, so I think this goes on the list of must-tries!