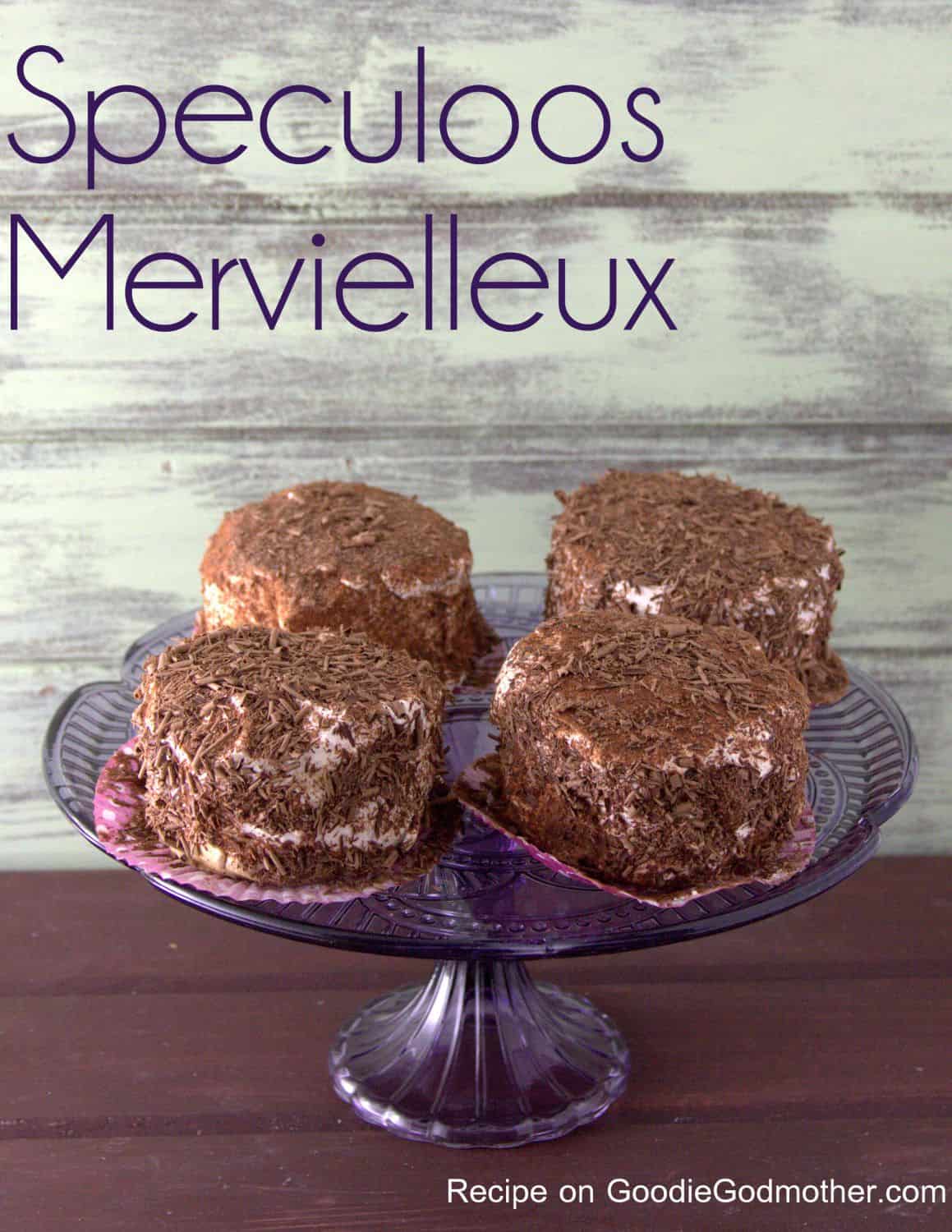 When this year began, I had no clue what a mervielleux even was nor that they are the new trendy dessert coming to the United States from France, where they’ve been made for years upon years. But I have followed David Lebovitz for years, an American chef/blogger living in France, and he posted an article about these, piquing my interest and inspiring me to make my own for Valentine’s Day dessert since I don’t live in New York, Los Angeles, or any trendy food city. Washington DC’s biggest claim to food fame right now seems to be brunch, and being from South Florida, “brunch” has been a thing as long as I can remember. Not that there aren’t good restaurants in Northern Virginia and the broader DMV, it’s just that it seems to take a little time for trends to make it this way on a broad scale, especially out in Stepford suburbia where I live.

I piped my meringues to be about 3.5″ across, good for two to share one assembled mervielleux

The biggest challenge for me with this recipe was making the meringues. I have tried for years (and by years I mean once every two or so for the past ten) to make successful meringues and my results have been hit and miss. Sometimes my meringues would dry, but usually I’d end up with sticky or flat meringues even though I followed the recipe exactly and I’m an amazing baker. But I’m also a stubborn baker and decided that I would try again so I could have this dessert, and I figured I’d have more luck given how I was able to figure out the quirks of this kitchen’s oven rather quickly for my macarons and the techniques are rather similar. Because I was worried about sticky meringues given the size of the discs, I may have slightly over-baked them, resulting in light golden meringues, but they still tasted just fine and worked beautifully in the recipe. I’ve removed what I think were an unnecessary 10 minutes from my baking time. 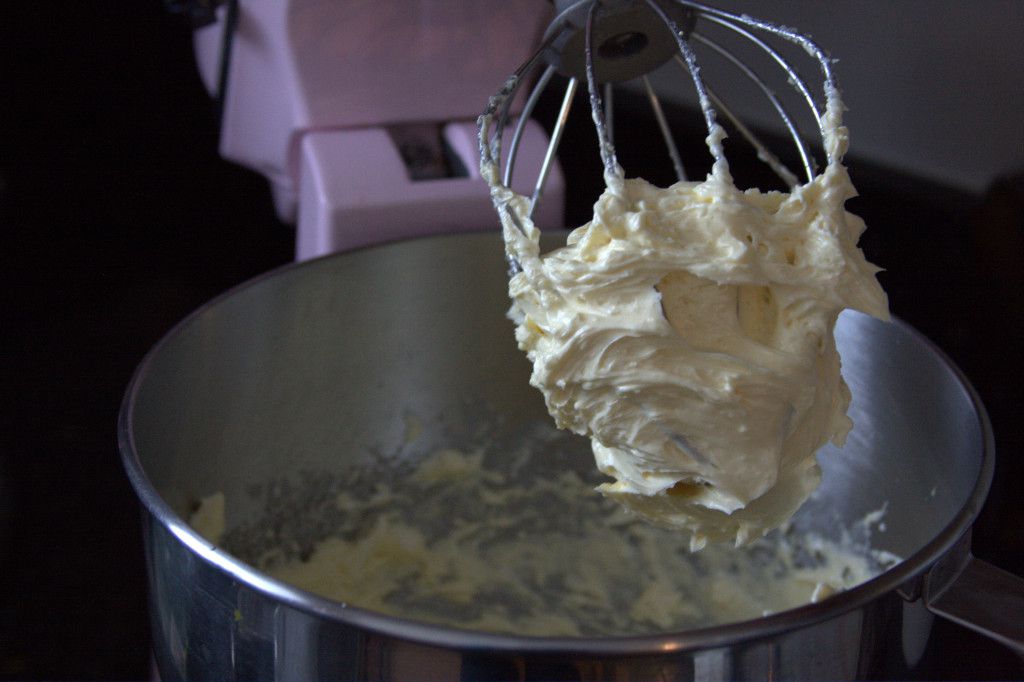 This is the consistency you are looking for when your French buttercream is complete.

One thing that made me very very happy about this recipe is the French buttercream! It’s really creamy and makes a very rich filling, but it also uses exclusively egg yolks, so I don’t have extra yolks after using all the whites for the meringues. This kind of balance almost never happens for me and, had I decided to test French buttercream when I had the bakery and was churning out dozens of macarons and baked goods with Swiss meringue buttercream on a weekly basis, it would have regularly appeared on the repertoire. 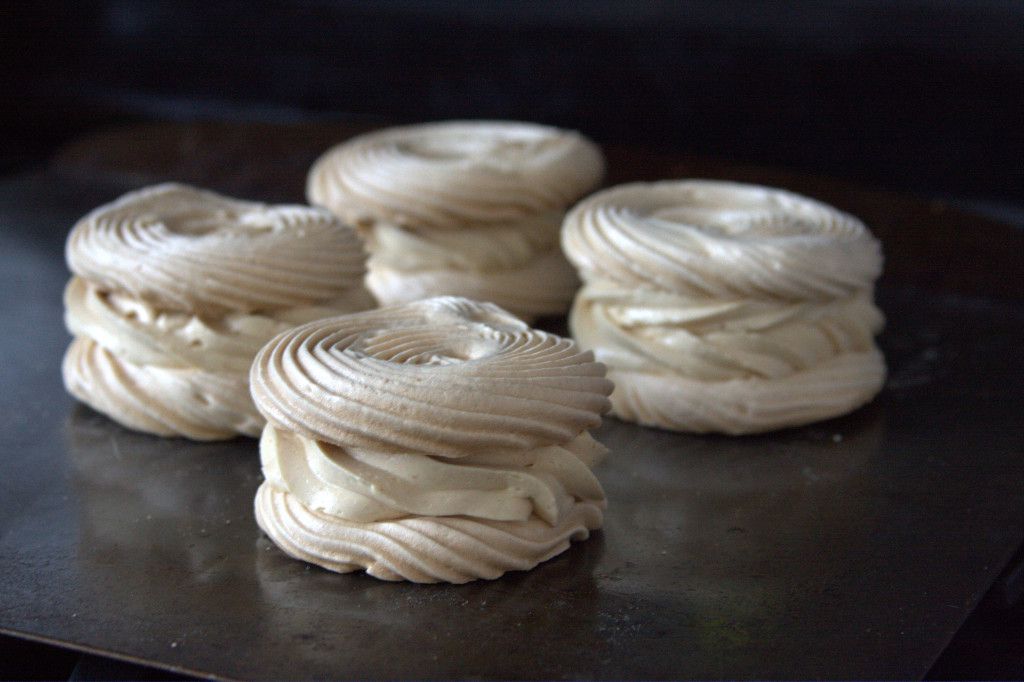 It might be too rich to cover a full cake, but I’m really liking it as a filling option, especially when using a rich flavor like cookie butter. I actually used leftover filling to fill macarons and they were delicious! You won’t have leftover filling though if you assemble all the merveilleux, but we ate some of the meringues alone because I wanted to confirm that I had indeed made a successful batch and hopefully broken my meringue curse. I’m cautiously claiming success. 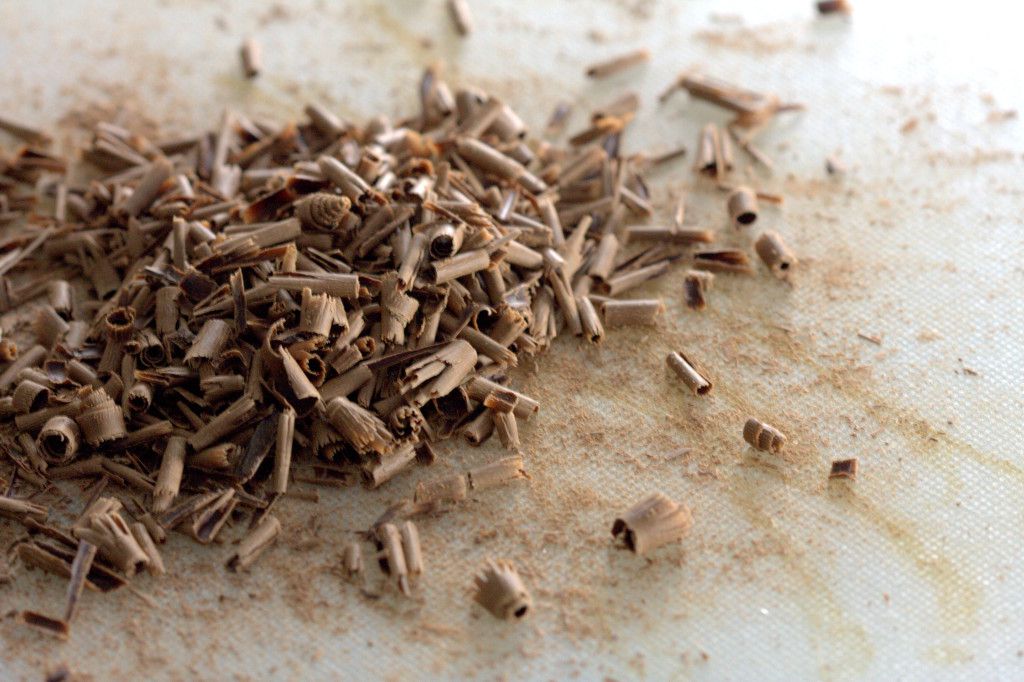 The mervielleux are best the day they are assembled, but you can make the meringues and even the buttercream in advance. Just bring the buttercream to room temperature and whip one more time before piping if you’ve had it in the refrigerator. I actually broke the process down into steps myself, making the meringues two days before, the French buttercream the day before, and assembling the day I planned to serve for dinner just after lunch. That way the completed mervielleux had a few hours to sit in the refrigerator so the flavors could blend and give me the perfect chewy/crunchy texture I read so much about. 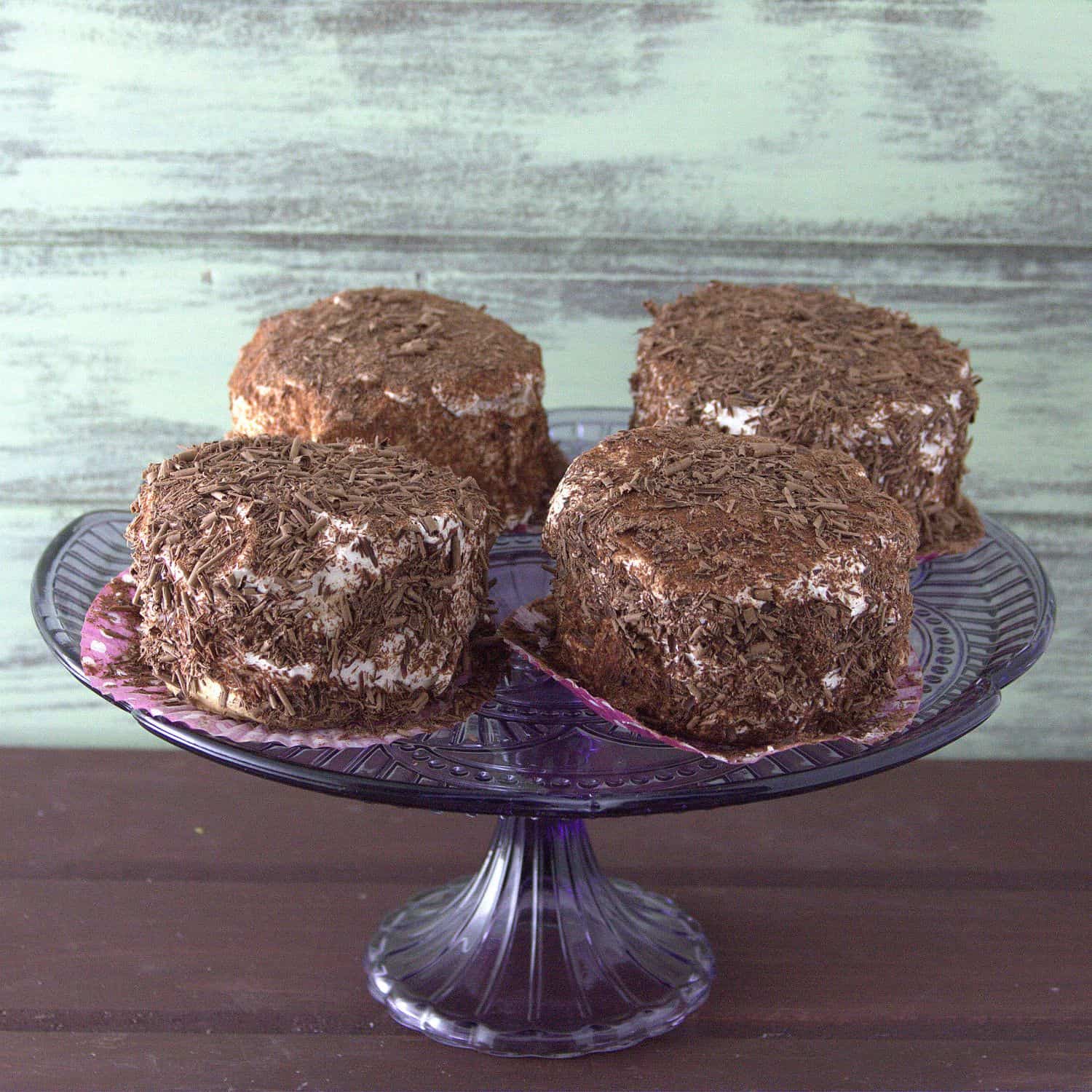 These would make a really impressive dessert for a dinner party or a dessert bar because you can customize the size of the mervielleux to be small enough for individual consumption or large enough to be sliced and served as a cake (6-8″ in diameter). I chose to make my meringues about 3 1/2″ around so the final covered product was about 4″ in diameter – perfect for two to share, or one happy dessert lover. 😉 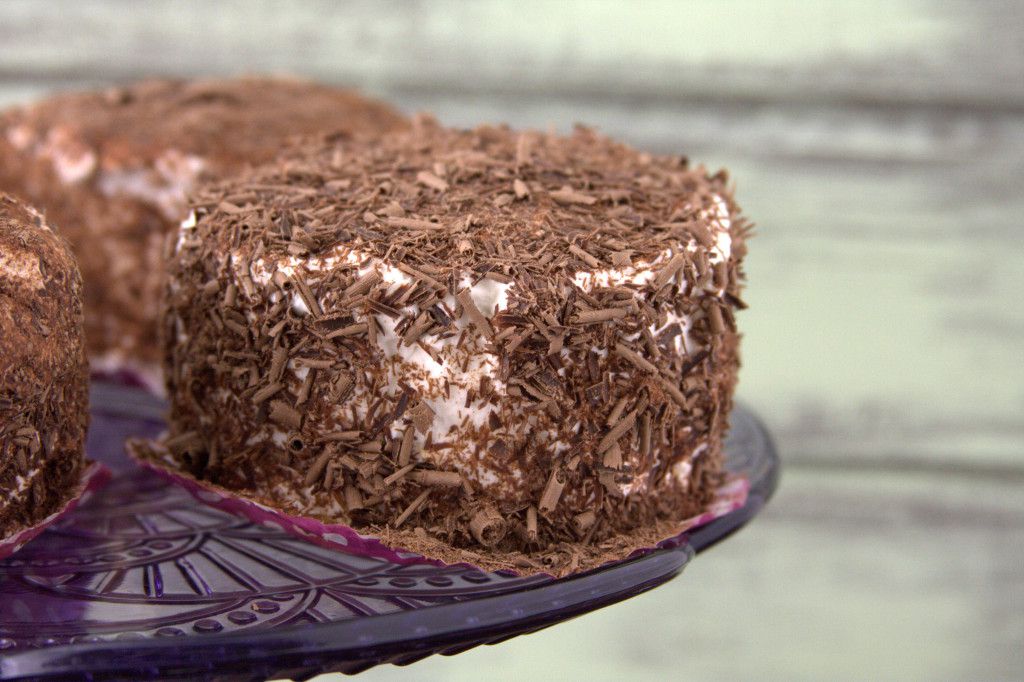 - PLAN AHEAD! Because of the drying time for the meringues, it's best if you break down the steps over a day or two.

- You can just use a single meringue for each, it seems that is more traditional, but I like more texture and I thought the sandwich style looked pretty. If you prefer a meringue base only, and I would use this for individual-sized desserts, you will need to double the filling and whipped topping recipes.