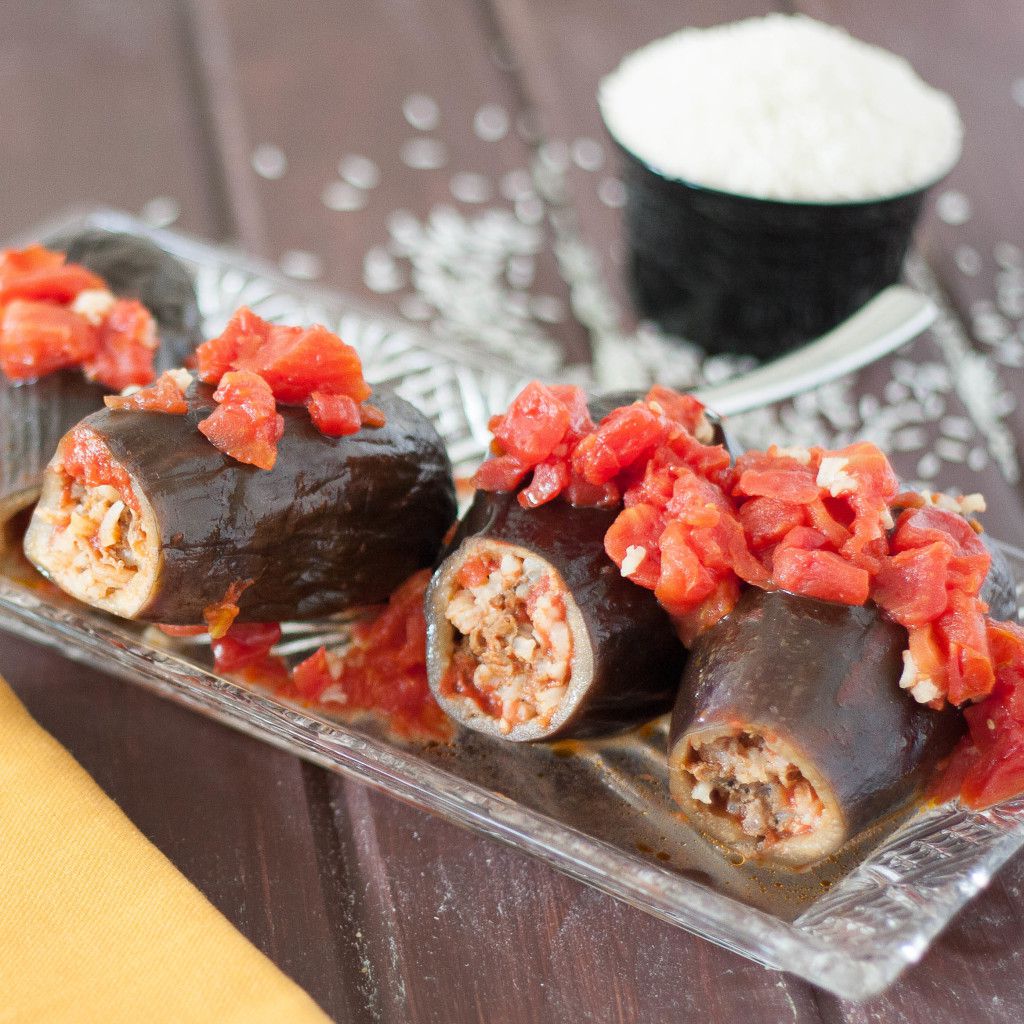 Growing up, I knew this dish as a way my mother and grandmother would use leftover stuffed grape leaves filling. Even though we always made two large jars of leaves, we would inevitably have extra rice, and so a large eggplant would be boiled or roasted whole to soften, the insides would be scooped out to make baba ganoush, and we’d fill the middle with the rice mixture and cook again in broth until the rice was cooked through. Then the eggplant would be sliced and served for a meal. I thought it was so fancy!

I was seriously craving stuffed eggplant the other day, but I was not going to go through all the work of boiling and scooping a large eggplant. Especially since by “the other day” I mean “the middle of the scorching summer” because all of this happened in August. This recipe got bumped to the “share this later” pile by cookie dough ice cream cake. Apparently, recipes that require turning on the stove for an hour aren’t really a thing people search for in 100+ degree heat. A craving is a craving and it doesn’t care about the weather! Of course, it’s cooling down now for most of you, so I suppose it’s fine. That being said, if any of you want to have an ice cream party in the winter, I hope I’m invited! I’ll bring a dish to share. 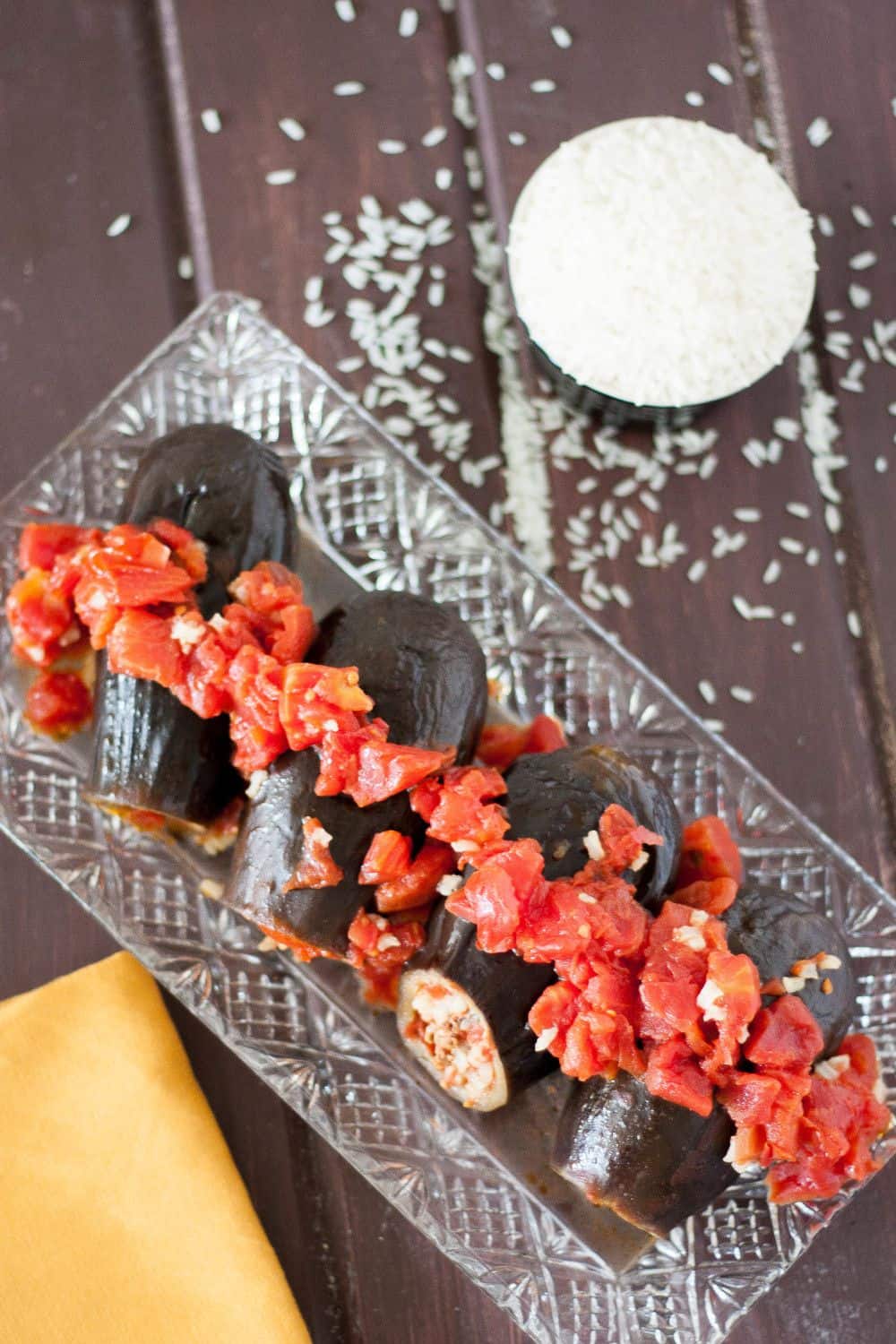 I’ve also realized that when it comes to eating eggplant, I prefer the smaller eggplants (like the Japanese eggplants) more than the large globe eggplants, they’re sweeter, easier to cook, and for this dish, much easier to serve. In fact, the smaller eggplants are tender enough to work with that you don’t have to pre-cook them before stuffing. You can easily scoop out the insides using a small spoon – I did. Then it’s as easy as stuff, simmer, and serve!

A note about serving sizes: Those with larger appetites may eat two eggplants so plan accordingly. 🙂

These are gorgeous! I love smaller eggplants. Totally underrated and stuffed, they must taste divine!

These look delicious :) I love the smaller eggplants too! Eggplant and tomato are such a yummy combination.

I've only ever ordered eggplant from restaurants and never tried cooking it myself, but these look awesome and super tasty!! (and manageable!)

Girl I am all for ice cream any time of the year too ;-) But I get it, cravings come at the most random times! I've never had eggplant before...it's one of those things that I know I should try and I know it's good for you, but I still haven't done it

If you haven't had eggplant before, the flavor can be a little much for some, so top yours with a good dose of tomato. The tomato helps neutralize some of the bitterness some say they taste in eggplant

I have never made stuffed eggplant because it always looked like too many steps. I love that there is no pre cooking required for this recipe...it may be time for me to try making it for the first time!