Imagine fall in a bite. This caramel apple cider bundt cake is like the cake version of apple cider doughnuts, with loads more apple flavor, and caramel. 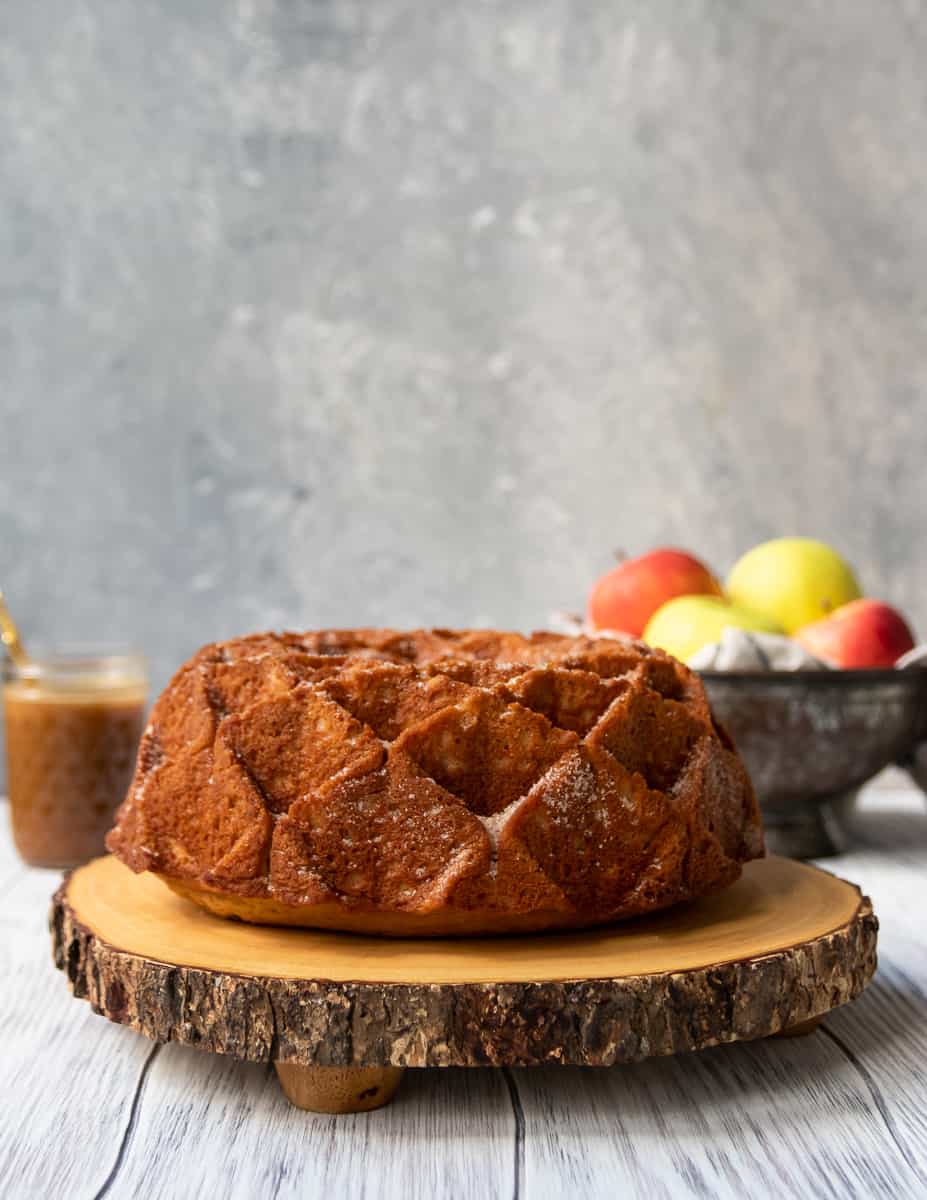 My favorite seasons always have been the transition seasons, Fall and Spring. The weather is mild, there are so many activities, and the flavors are so vibrant with early fruits or the end of summer harvest. When apple and caramel season, i.e. Autumn, rolls around, I want to take the time to savor it as much as possible.

Can we all just promise to take a minute to enjoy this time? It’s not even October yet and I saw a full on Christmas display at the store yesterday. This is not acceptable, darlings. Can it wait until October at least? I shouldn’t have to be searching for pumpkins and cinnamon brooms in September. Put the peppermint down! Unless you’re a food blogger… because real talk, I already shot 2 of the holiday recipes coming your way in a bit because inspiration struck and they had to happen. But even I have the decency to hold off until November, for now is the time of the pumpkin and the apple! 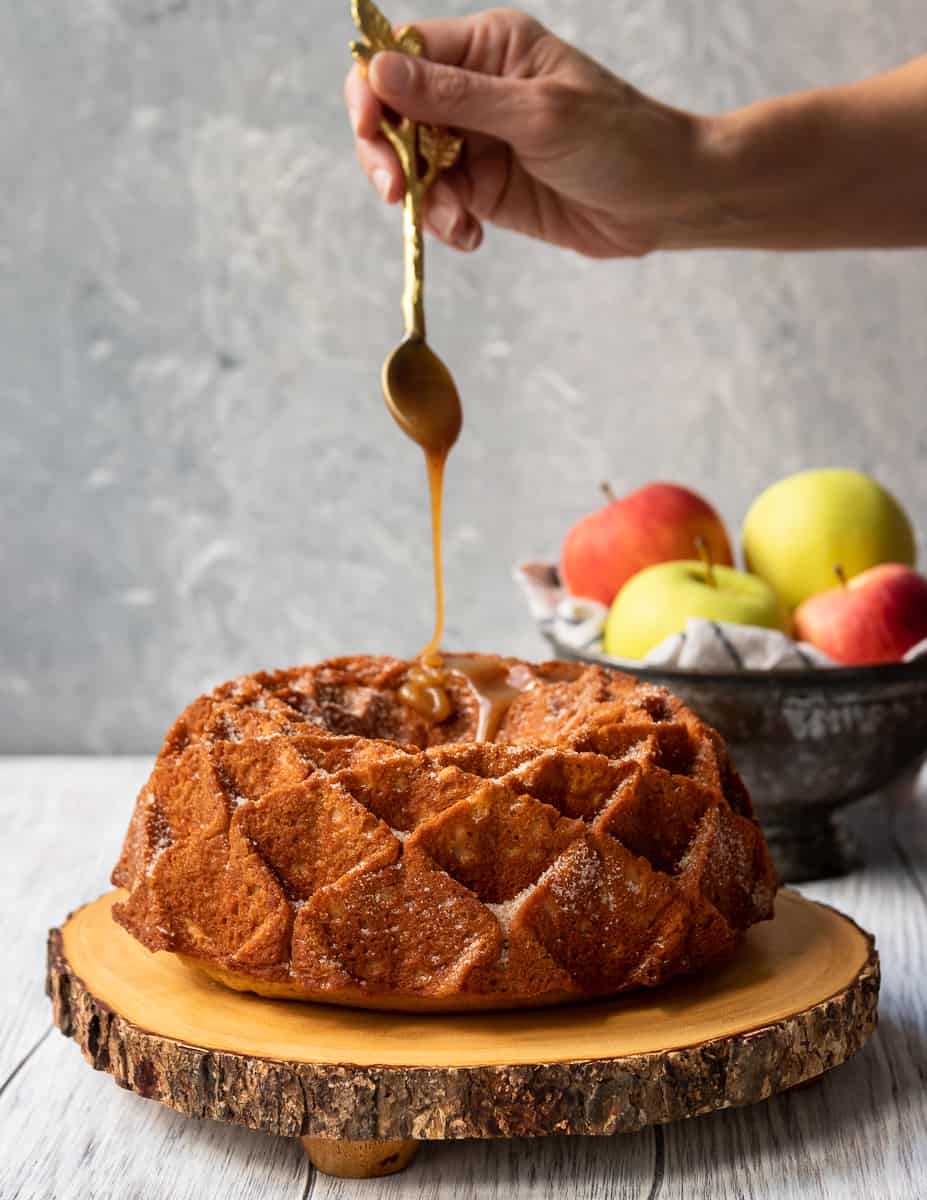 One of the best things about apple picking is – of course – the doughnuts. Who doesn’t love those little puffy apple cider doughnuts? They’re super cute, and very very delicious. Maybe one day I’ll work on a recipe for those, but I bought a new bundt pan recently, so we bundt instead. This caramel apple cider bundt cake takes inspiration from apple cider doughnuts, but we took it to the next level with caramel! And there’s loads of apple flavor thanks to… apple sauce.

Every Fall, one of my top recipes is a no sugar added apple sauce I posted a few years ago. I make it every year, usually once. I’m up to 4 batches this year. FOUR large slow cooker batches, of which I have canned exactly 2 pints and 4 half pints. The rest has made tiny human tummies very happy. It also made me happy when I realized adding it to this apple cider bundt cake would give me a delicious apple flavor with little effort. So hooray for apple sauce. 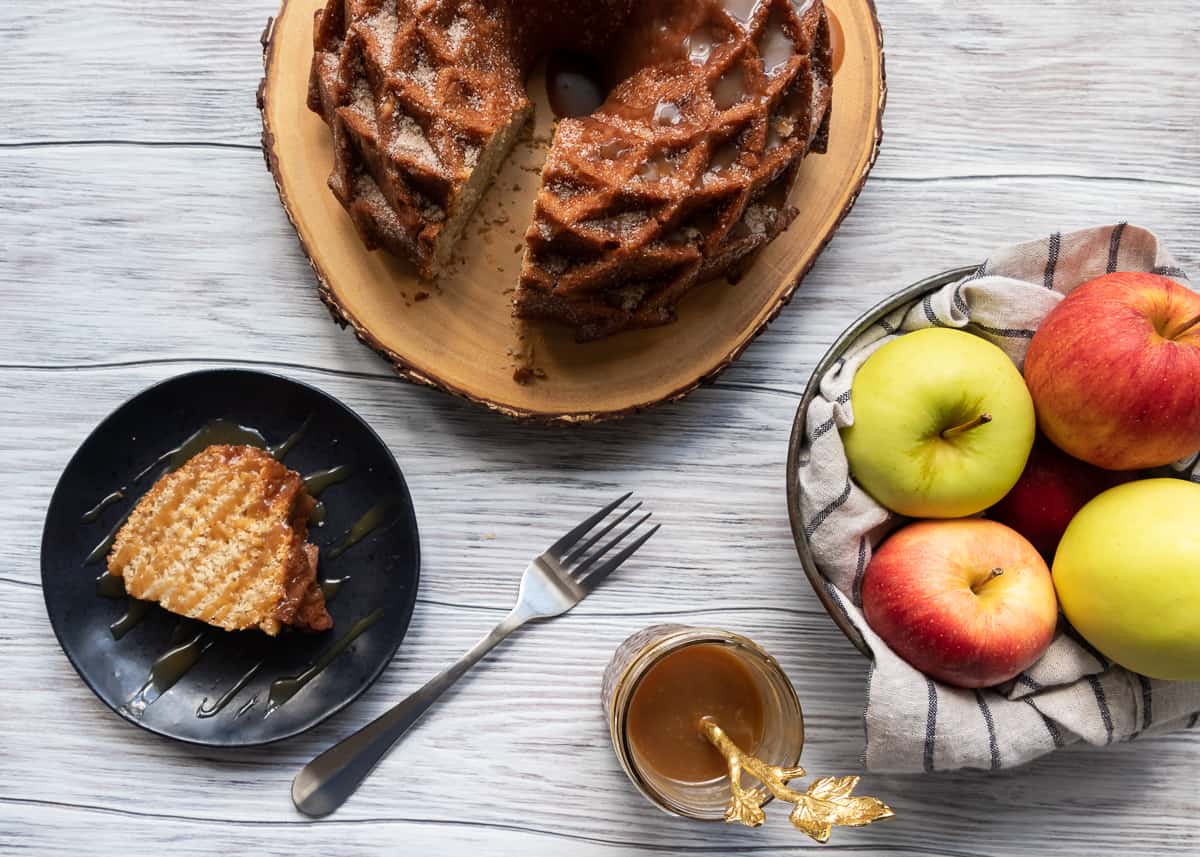 You can make this cake without the apple cider caramel and just use a regular caramel, but since you already have the apple cider on hand, you might as well go all out. I’m just putting this out there in case you’re feeling a little short on time and want to minimize steps. Let’s enjoy every last crumb of the season, darlings! 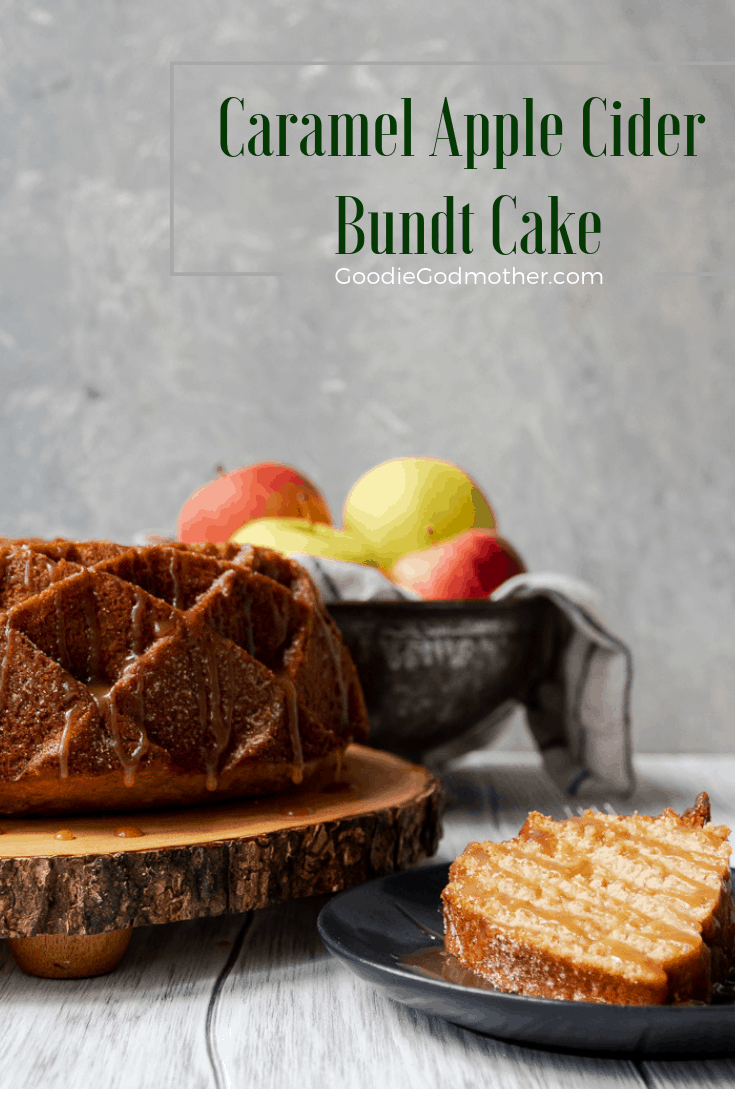 […] Nordic Ware Jubilee Gold Bundt® Pan – I’ve just been in love with bundt pans forever. They’re beautiful, and the quality and designs on the Nordicware pans is excellent. You can usually find a great deal during holiday sales with free shipping too. This pan is one of my personal favorites and you can see it in action here. […]