Homemade gelato is ultra creamy, sweet, and this version is a unique make ahead dessert to serve in springtime! Cadbury creme egg gelato is a great way to use all that Easter chocolate! 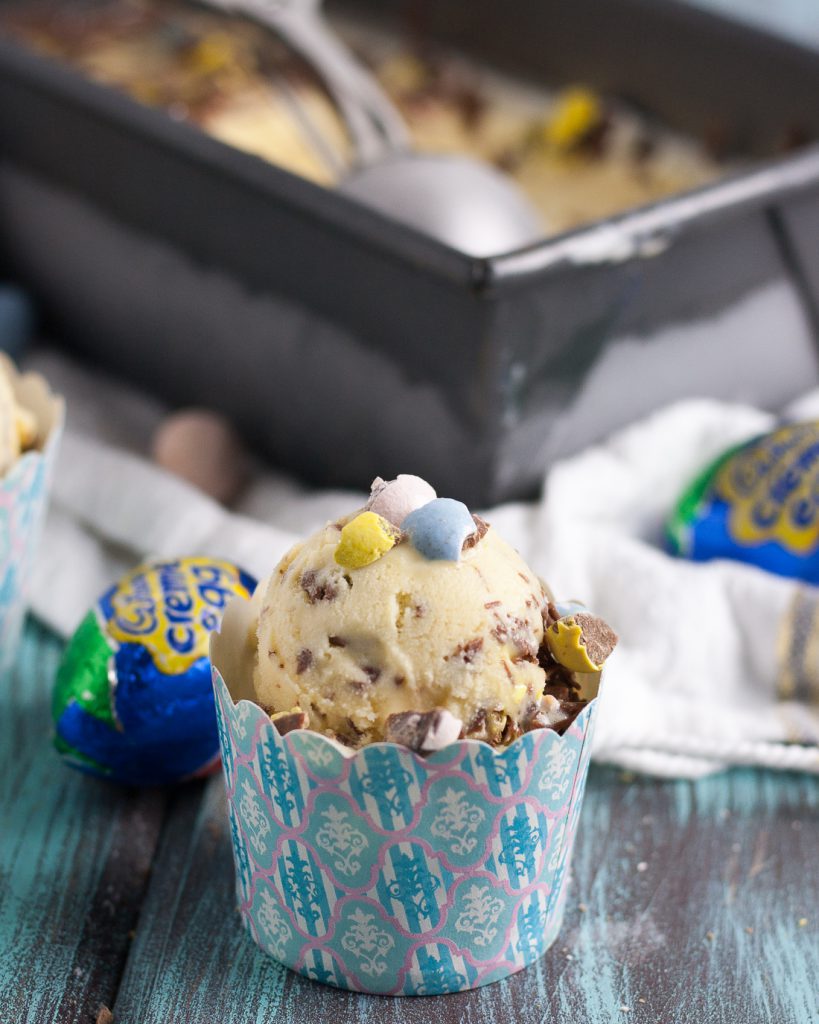 I have a confession, darlings. I’ve been holding on to this recipe for almost a year. One year. And that’s a shame, because this Cadbury creme egg gelato is amazing. But when I finally had the recipe ready last year, there were no more creme eggs to be found, and I just couldn’t torture you like that. 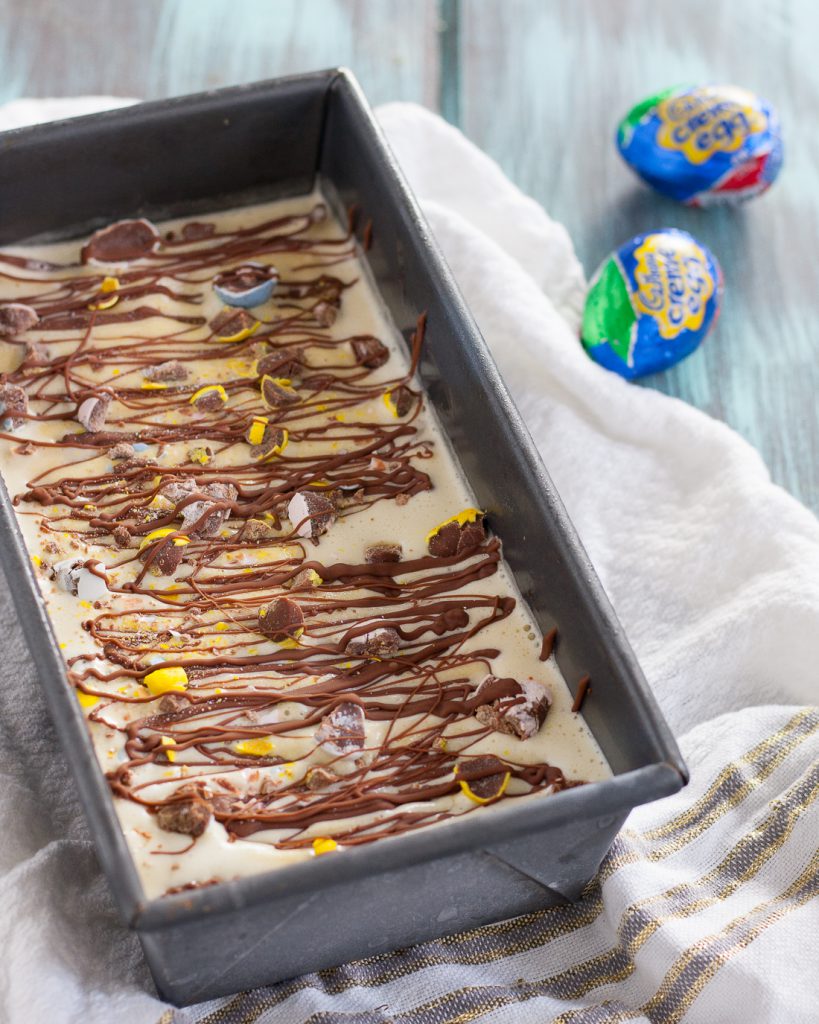 Last year, just before Easter, the Godfather had a business trip out to a location that had a lovely little chocolate shop nearby. He picked up some delicious shop chocolates for our Easter celebration and quite a few creme eggs too. I think I mentioned something about wanting to make a cake. There was so. much. chocolate. in the house! I never did make that cake though because I got distracted by gelato. Silky, rich, just-sweet-enough Cadbury creme egg gelato. 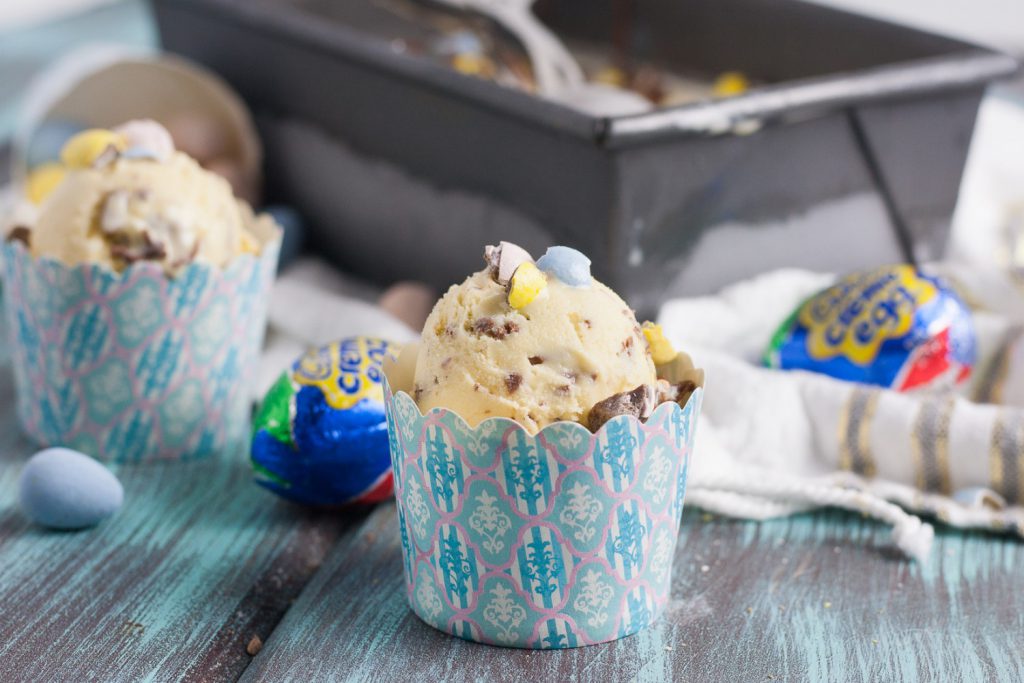 The eggs are broken open and the gelato is sweetened and flavored with the filling. The shells are melted down and drizzled into the gelato to make tiny chips of chocolate that freeze well and melt in your mouth with each bite. 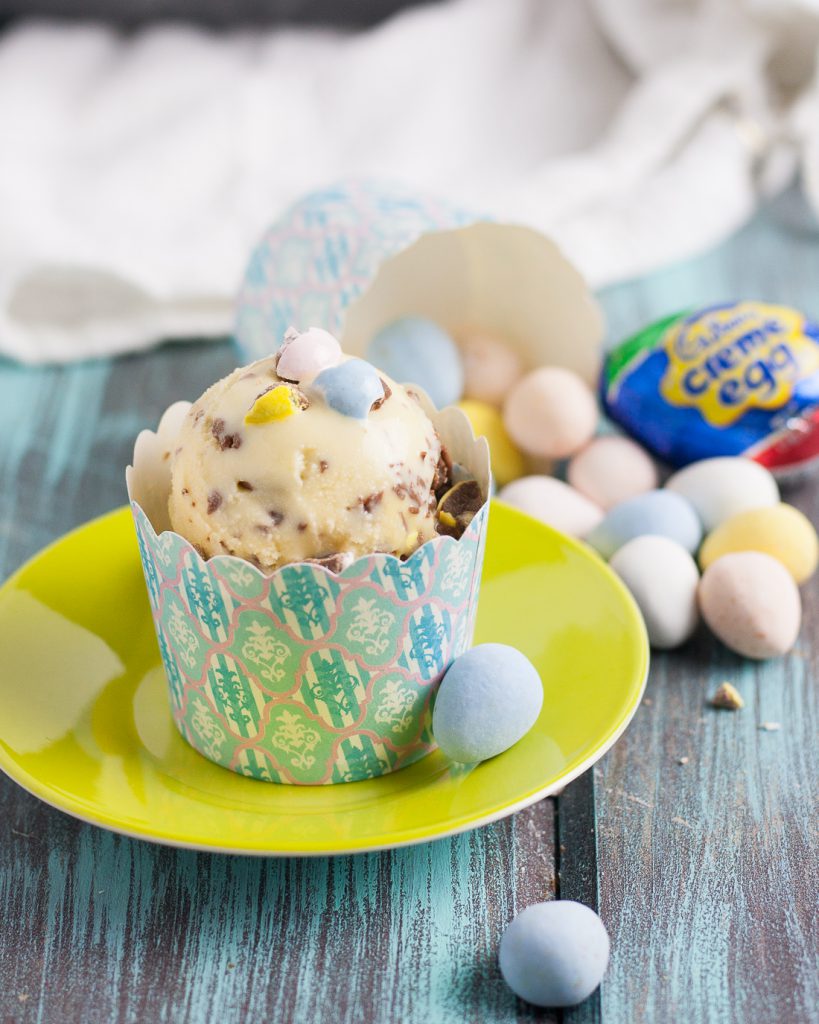 Do you know the trick to adding chocolate to ice cream so it isn’t rock solid? Lower the chocolate’s melting point. If you’ve ever made homemade ice cream before, you know that adding chocolate bits “as is” results in tiny, chalky, pebbles you have to chew through when it’s time to eat. I am guilty of doing this early in my ice-cream making adventures. Later, I learned that the trick is to melt the chocolate with a bit of neutral flavored oil and then drizzle into the custard right at the end of the churn. You won’t have “chips”, but there will be shards of chocolate worked beautifully through the ice cream. 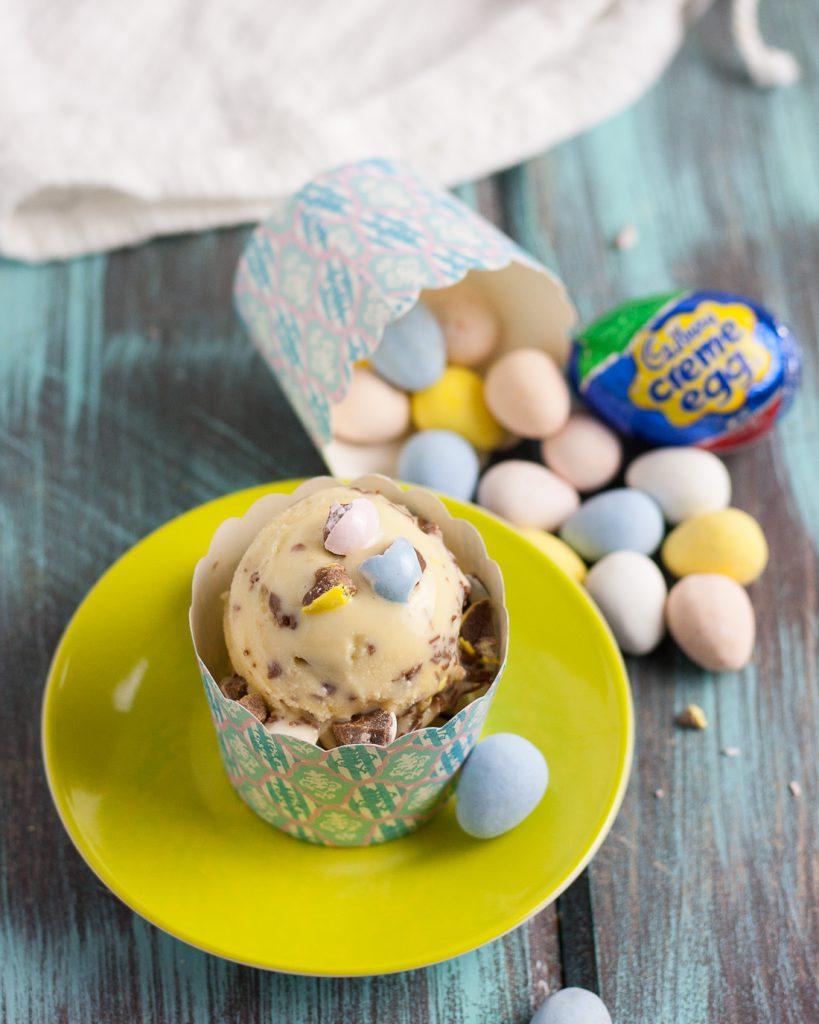 I already made another batch this year… enjoy, darlings!

*You want to let the chocolate cool a bit because adding hot melted chocolate to cold gelato will "shock" the custard and encourage the formation of ice crystals, which we don't want. 😉