Sometimes I get a little overzealous about spinach. I frequently buy the huge warehouse boxes of organic at the store because it’s such a good deal. Normally, this isn’t a problem as one of my favorite quick breakfasts consists of eggs and spinach (savory-breakfast gal here), so I will happily go through the box almost by myself in a week because it’s a great source of calcium, vitamins, lots of good stuff. Spinach also tastes really good. 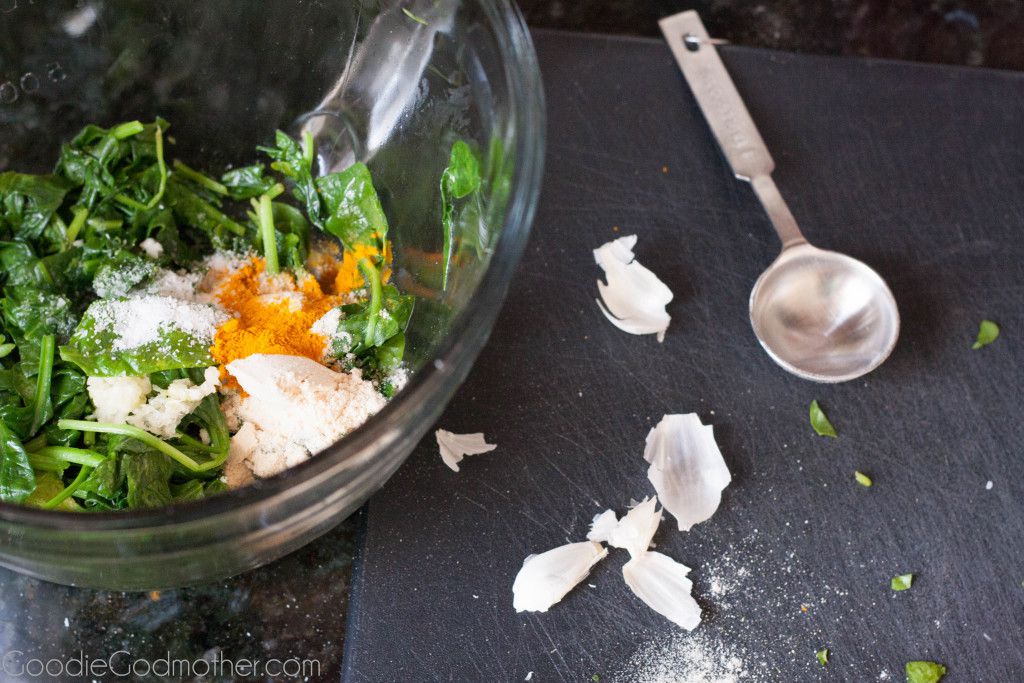 One week though, I went a little crazy in general over produce between the store and the farmer’s market, and that box of organic spinach wasn’t sitting all by its lonesome in the refrigerator, and that just won’t do. I really really really really really really dislike throwing out perfectly good food, and I knew I wasn’t going to finish nearly a pound of spinach in the next 48 hours unless I got creative. We don’t currently have a working blender – but we did order one! – so smoothies were out of the question, and I needed a delicious and healthy side dish for some steak the Godfather was making that evening.

When this happens, I let thoughts wander a bit and it went something like this… steak and potatoes. We don’t have potatoes and I’m not going to the store to buy potatoes. We have food at home. What about sauteed spinach? No. I’m over sauteed spinach, we had that this week already. Something with cheese? No. There’s nothing to mix with the spinach… why don’t we have even a sweet potato in this house? Wait. What about making spinach pancakes? I bet I could use almost exactly the same binder as with latkes and they’d taste great. Bitty would probably like them too because she can pick them up. Let’s try! 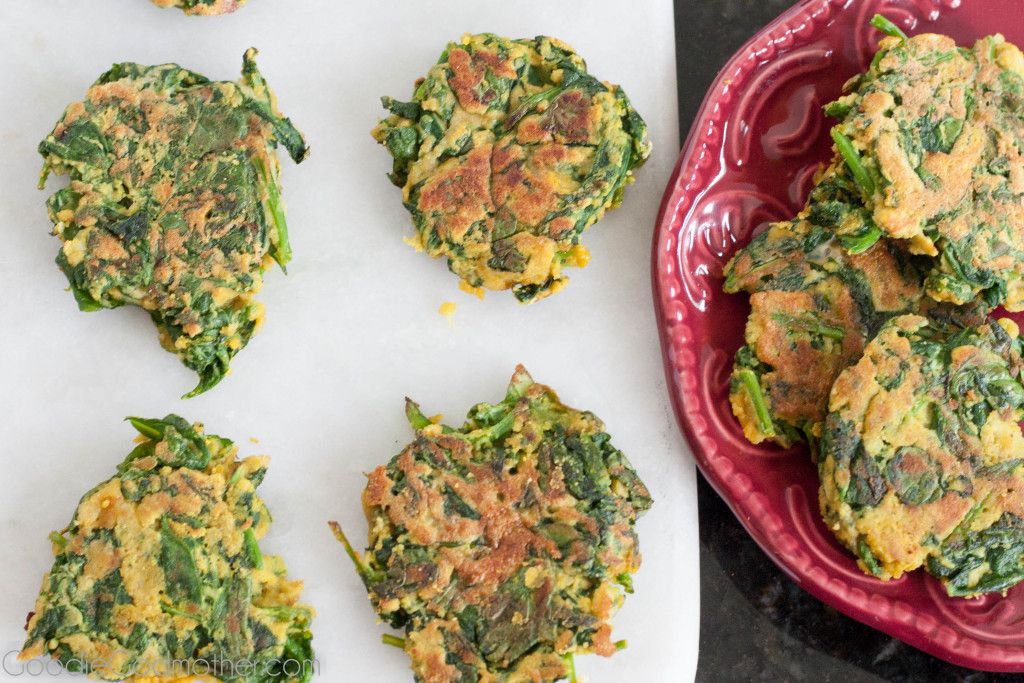 So we did, and not only did the spinach patty recipe use up all the spinach I had left in the house, the family loved them so much that I didn’t have leftovers for breakfast the next day. I thought I’d have at least a few. The same thing happened the next time I made the recipe too. They’re the perfect size to be easily picked up, and the tumeric adds a really nice kind of peppery flavor. We enjoyed them served as is, but they’d likely also be good with a teensy dab of aioli.


Still can’t get enough spinach? Check out these other DELICIOUS recipes from some of my favorite bloggers around the web:

Tagliatelle with Avocado and Spinach – The Veg Space

It's very simple to prepare and make. Yummy

Glad you enjoyed the recipe!

This looks amazing! And pretty healthy too. I am definitely pinning this to give it a try!

Love the colour of those patties, the contrast between yellow and green is really vibrant. Despite my sweet tooth, I like to eat savoury for breakfast too. I'd be ecstatic being able to start the day with a couple of these - warm of course. Thanks for linking to my spinach filo triangles.

My pleasure! I'm really intrigued to try them as I never would have imagined combining spinach and chocolate!