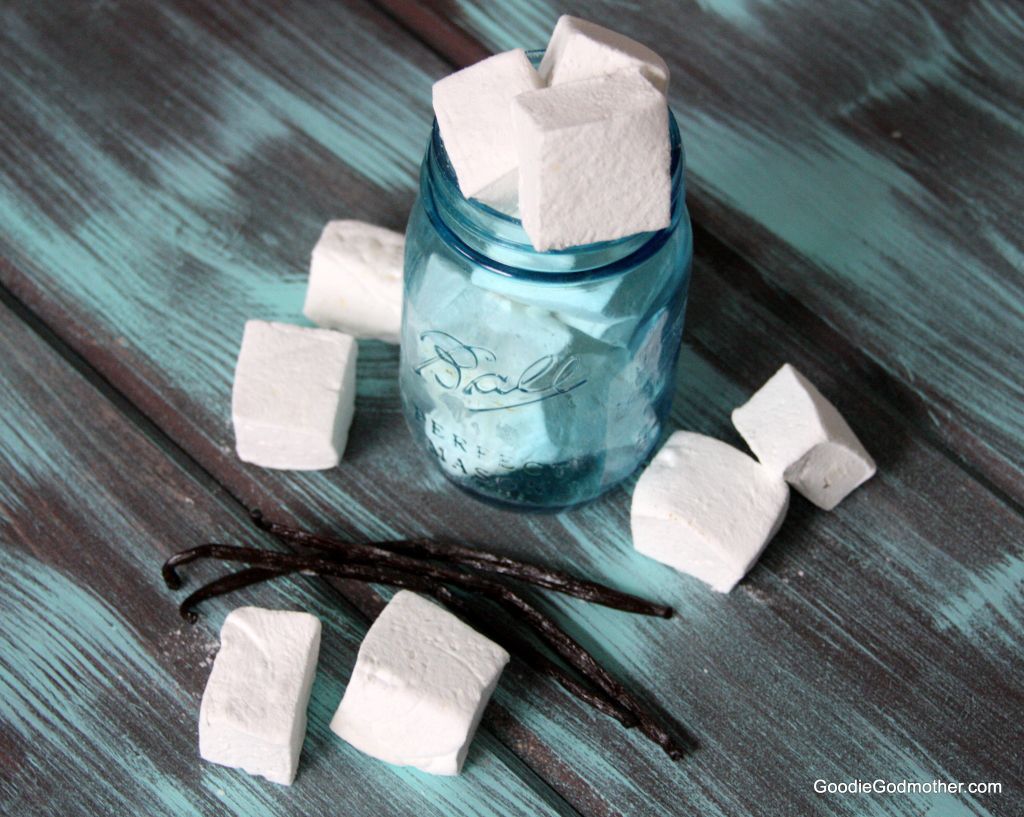 About two years ago I told someone I hadn’t tried making homemade marshmallows because I found them intimidating. Looking back, it sounds so silly that I wouldn’t try something out of fear. Irrational fear seems like a silly reason not to try something, especially when there’s nothing to lose. This past year has been about fearlessness for me and when that long ago conversation came to mind, I knew it was time to be fearless, fix the situation, and make marshmallows.

My first attempt was a total flop. I didn’t even take a picture because I was so horrified at the results and it looked gross. So back to the drawing board I went… and not my own drawing board either. I went to Alton Brown’s recipe for marshmallows and made that instead, with one teensy modification and it was perfect. My husband and I used to watch his show on Food Network years ago and we always appreciated his emphasis on chemistry and the reactions in food. Since the reactions were off (clearly) in my first batch, it only felt natural to try his recipe, and it was a success. Hooray! 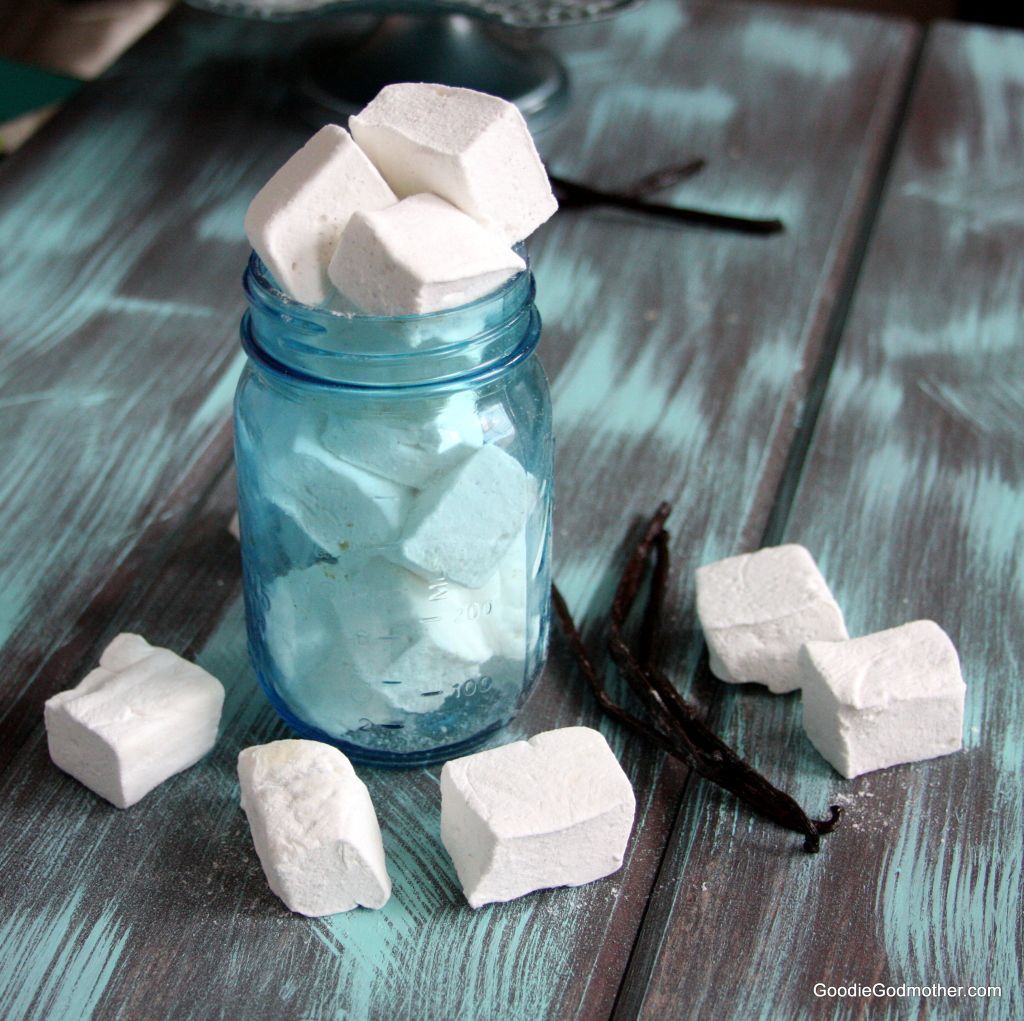 Now that I have a successful batch of marshmallows under my belt, I’m going to experiment making more. The flavor is hands-down better than commercial marshmallows, and there’s something about a homemade marshmallow that makes homemade cocoa extra special. We never put marshmallows in our cocoa, but we made cocoa just to have marshmallows because of how delicious these were. They’d make a perfect gift too as they keep in an airtight container up to three weeks.

*This size pan makes thinner marshmallows like the photos. I also made a batch in a 9x11" pan to make them thicker for marshmallow pops. Pick your pan size based on preference.